The Quest
A bestselling new book searches for evidence that early Christianity may have been powered by psychedelics. 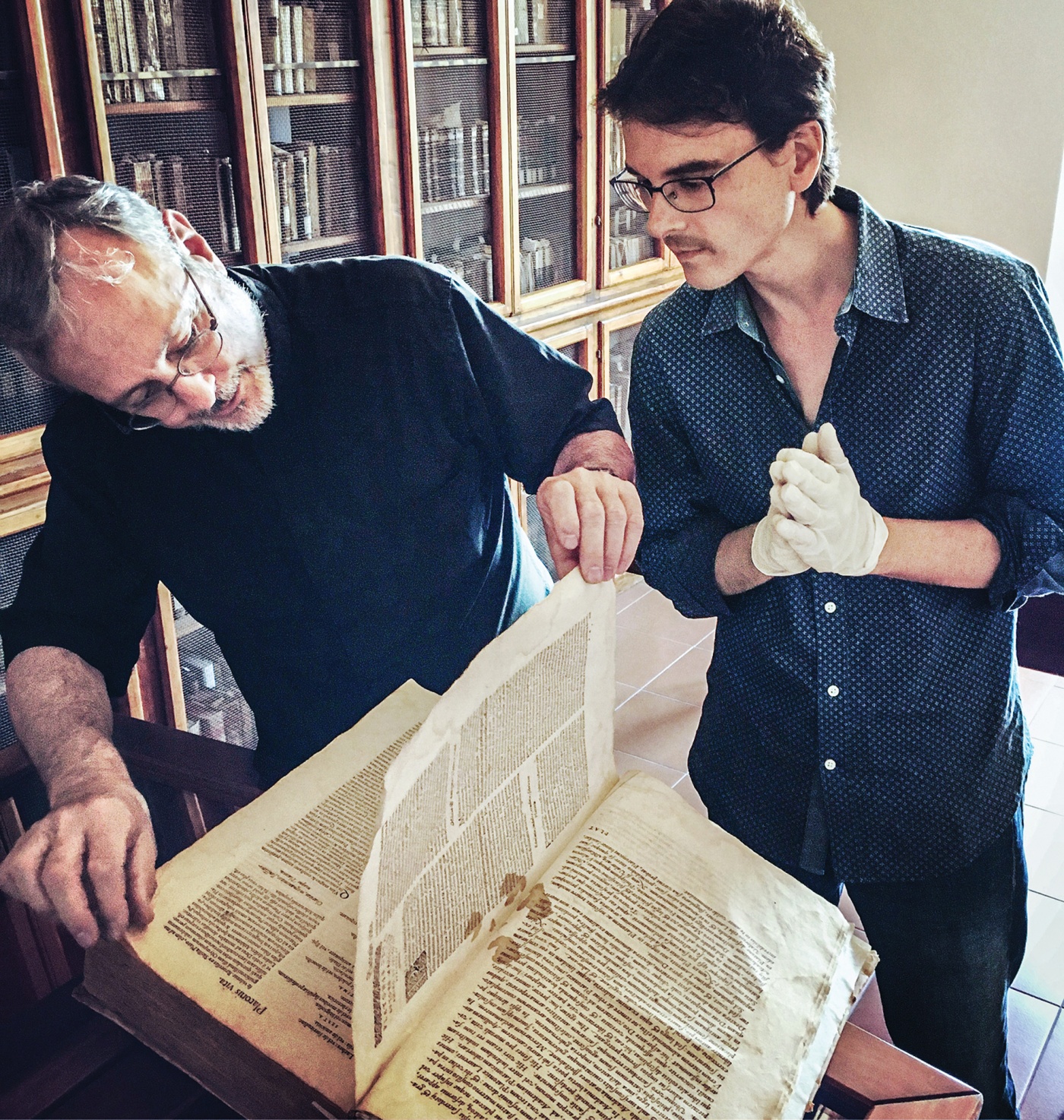 In 2007, Brian C. Muraresku ’02 was already a successful lawyer for top New York City–based firm Milbank when he read an Economist article called “The God Pill,” about a revival of research into psychedelics as a pathway to spiritual enlightenment. His mind blown, he went back to R. Gordon Wasson’s The Road to Eleusis, which he’d read while a classics scholar at Brown—the first in his working-class Philadelphia family to go to college. The 1978 book posits that the spiritual mysteries the ancient Greeks partook of at Eleusis, just outside central Athens, might have been driven by psychedelics.

For Muraresku, who’d been captivated by ancient Greece ever since he studied the language as a scholarship student at an elite Catholic prep school (in fact, he was recruited by Brown to continue that research), the connection between hallucinogens and the divine was just too tempting. He left his lawyer job. Thirteen years of research and travel later, he’s the author of The Immortality Key: The Secret History of the Religion with No Name, which almost instantly shot to the top of Amazon’s rankings. Though he says he never found “the smoking gun,” the book, a real-life Da Vinci Code–type intellectual thriller, wends its way across the U.S. and Europe trying to prove a tantalizing hypothesis: that the visionary tales and eucharistic rituals of contemporary Christianity have their origin in woman-led psychedelic spiritual gatherings, which the celebrants of Eleusis passed on to the early Christians of the first centuries A.D.—before the Roman church’s growing bureaucracy and patriarchy stamped out the role of both women and drugs.

Muraresku admits that the implications of such a finding would be huge—and potentially controversial. “It would mean,” he says, “that the Christianity of today”—in which, he writes in the book, congregants are merely getting a “placebo” when they take the eucharist—“bears very little resemblance to original Christianity.”

Although he wants to in the future, he’s yet to try his own psychedelic experience because he wants to keep his scholarship objective. But he urges others to, calling the contemporary church “this beautiful, sacred container that could easily incorporate a psychedelic sacrament in a safe, efficacious, and spiritual way. I’m having conversations with folks about psychedelic chaplaincy—how to lead people through one of these experiences, which I think should happen only once in a lifetime.”

That, he says, is because of recent research finding that people only needed to have one such experience to count it as among their most—if not the most—life-changing experiences, forever making them more aware of life’s interconnectedness, more compassionate toward others, and unafraid of death.

To say what fascinating clues Muraresku unearths would be to spoil the book. But he admits that it’s the mystery that lay at the heart of his research that kept him endlessly, relentlessly on the trail. “This is the hunt for the Holy Grail,” he says. “If we’re not going to find the actual chalice from the Last Supper, I was going to look for proxies.” (Much of the book involves the growing field of archaeochemistry, or trying to figure out what chemicals lie within ancient artifacts such as cups and urns.) “This is Indiana Jones–type stuff.”

Reader Responses to The Quest