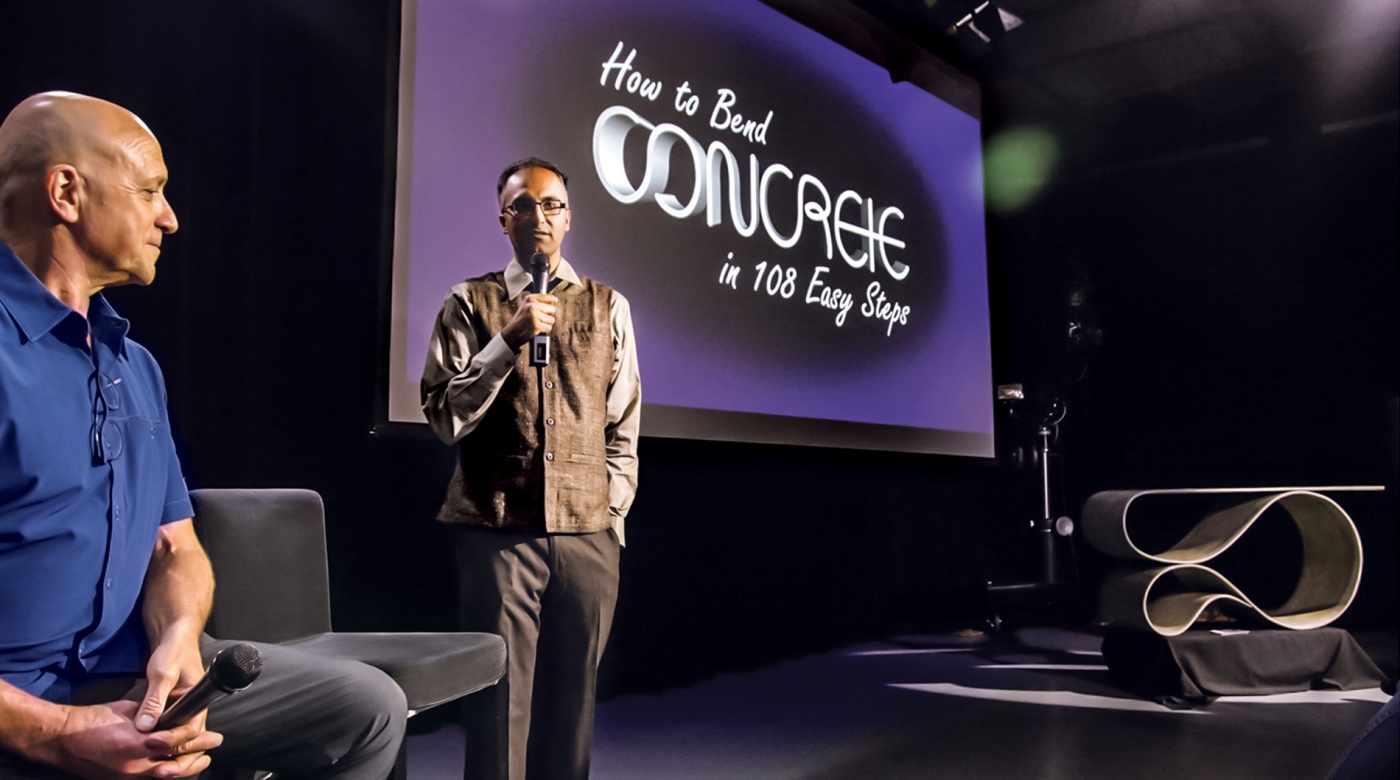 Mahesh Madhav ’99 produced, directed, and edited his first short film, How to Bend Concrete in 108 Easy Steps. Starting in June 2019, the 16-minute short has screened at more than 30 film festivals around the world, garnering numerous awards and nominations. As part of a filmmaking class in his home city of Portland, Oregon, he interviewed a friend, artist Neal Aronowitz, who was making his own creative foray into using an unusual material—concrete canvas—to craft a table he designed. The film chronicles the painstaking, hundred-hour-plus process of building something lyrical—a design with bends and folds like ribbon candy—out of an industrial material used by the military to make quick shelters. The film also delves into issues related to the act of creating, like confronting imposter syndrome and knowing when to let go of a piece. As Madhav said in an interview posted by the New York Film Awards, for which the film was nominated for Best Documentary Short of the Year, “The story in our video is as much my story as it is Neal’s.” Watch it on Amazon Prime Video.