The writers up on the Salomon Center stage may have come from different countries, but they all had one thing in common—they’ve been persecuted for speaking their minds. 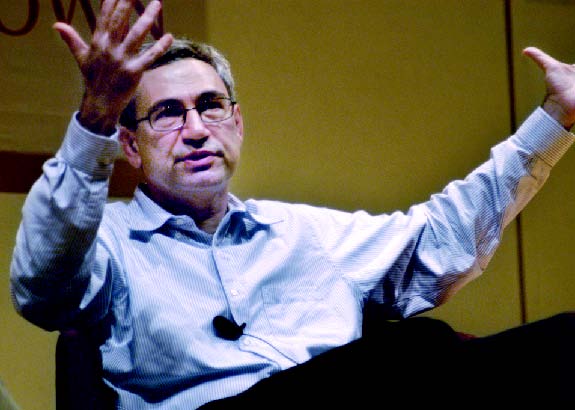 “We are gambling with our lives when we choose a word,” said Iranian novelist Shahriar Mandanipour about the lack of free expression in his native land. Mandanipour spoke at a panel on freedom of expression that was part of a weeklong program titled “Strange Times, My Dear: A Freedom-to-Write Literary Festival.” Speaking alongside Mandanipour was 2006 Nobel Prize winner Orhan Pamuk, who was threatened with imprisonment in his native Turkey after he spoke openly about the early twentieth-century mass murder of Armenians there.

At the forum Pamuk said he preferred not to speak about his battle with the Turkish government. “I don’t want to go into it,” he responded when a student asked about his experience, which ended in late 2005 after the government dropped all charges.

Instead, Pamuk said, he worried about censorship in the West. As immigrants from the East enter Europe, he said, they are “very roughly treated.” As a result, when they perceive insults against their culture they call for less free speech or the banning of certain books. Then, he said, Western governments ignore the underlying issues of racism and cheap labor and instead “choose to ban books, plays, and films just to please these immigrants.” 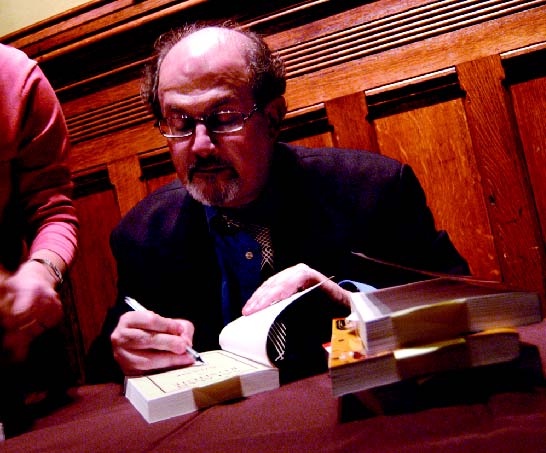 The festival featured a one-on-one conversation with Salman Rushdie, who in 1989 famously became the target of a fatwa offering a reward for his murder. In an interview with conference organizer Robert Coover, the T.B. Stowell Adjunct Professor of Literary Arts, Rushdie said that writers have an obligation to be more than entertainers. “It would give us [writers] a much better life if we were entertaining,” he said, “if all we were doing was to put things out there to give people a pleasing evening.”

Rushdie said the writer should be less a political activist than an excavator of the memories and experiences a society wishes to suppress. “It’s not a question of seeking out a political conflict,” he explained, “but simply remembering the way it was.”

Rushdie noted he will be starring as a gynecologist in an upcoming movie directed by Helen Hunt. “Helen said that when she wrote the part she was thinking of Salman,” Rushdie said. “I have been thinking what it means that when Helen Hunt thinks of me, she thinks of her gynecologist.”