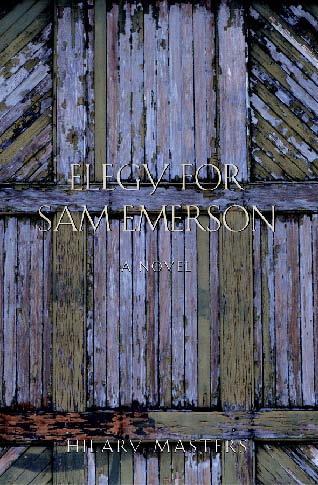 Sam Emerson, the protagonist of Elegy for Sam Emerson, the eighth and most recent novel by Hilary Masters ’52, is in a good place professionally speaking. A chef, he’s co-owner of Sam’s Place, a celebrated restaurant in a Frank Lloyd Wright house overlooking the rivers and towers of downtown Pittsburgh. Personally, though, Sam is in a rougher spot. Divorced and well into middle age, he is in love with a younger woman who is keeping her emotional distance. Meanwhile Sam’s narcissistic actress mother has just died. She neglected him in childhood, leaving him to be raised by his great-aunt, a biscuit-baking, gravy-pouring font of affection and stability. Sam’s war photographer father was another absentee, working abroad until he finally got himself killed during World War II. In death, Sam’s mother leaves him one final chore—to dispose of her ashes. Told by a more cynical writer, this story might have been contemptuous. Instead, Sam Emerson is good company, a kind and decent man you wish well.