The Surgeon of Last Resort

The July/August 2006 BAM carried a final class note from Hermes C. Grillo, In which he reported that he was “still writing, teaching, and puttering” in Massachusetts General Hospital’s division of thoracic surgery. He was also—as was his habit—traveling. “New Year’s Eve again in Tuscany,” he continued, “then to India via Zurich, on to Cremona, Toscana, and Assisi in the fall, and perhaps to Paris and wine roads in the spring (Champagne, Burgundy, Rhône). Best to keep moving while we can!” On October 14, just eleven days after his eighty-third birthday, Grillo was killed in a car accident in Ravenna, Italy. His wife, Charlotte Robinson Grillo, known as Sue, was seriously injured in the accident . They were en route to Assisi, where Dr. Grillo was to deliver a paper at the Italian Association for Thoracic Surgery. 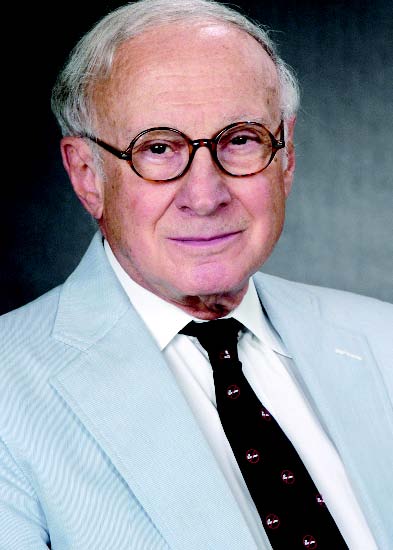 Widely regarded as the father of modern tracheal surgery, Hermes Grillo was a legendary surgeon to whom patients traveled from around the globe— to many he was their last hope. In 1955 he became the first chief of thoracic surgery at the Massachusetts General Hospital (MGH), a position he held until 1994. The hospital’s 1994 annual report told the story of a twelve-year-old girl whose parents had brought her to Boston from Leicester, England. Congenital abnormalities in the blood vessels leaving her heart caused them to constrict her trachea, literally strangling her as she grew older. In a twelve-hour surgery Grillo and a colleague rerouted the wayward blood vessels and expanded the girl’s airway. She returned home to England, where “she now roller skates, plays tennis, and rides horses.”

In addition to treating patients, Grillo was a professor of surgery at Harvard Medical School and wrote more than 350 articles and papers. His 2004 textbook, Surgery of the Trachea and Bronchi, is considered definitive.

Grillo grew up in Providence, attended Classical High School, and commuted to Brown along with his older brother Elmer ’43. Determined to become a doctor, Hermes Grillo studied chemistry and graduated summa cum laude. He received his medical degree from Harvard in 1947 and began his surgical internship and residency at the MGH. In 1951, during the Korean War, he joined the Navy and served as a combat surgeon with the 1st Marine Division. He received a commendation medal with Combat V and the Korean Campaign Ribbon with three battle stars. After a year at the U.S. Naval Hospital in St. Albans, New York, he returned to Boston, where he completed his surgical training and joined the surgical staff of the MGH. He officially retired from surgery in 2000 but continued work at the hospital until his death. In 2002 the Hermes C. Grillo Professorship in Thoracic Surgery at the MGH and Harvard Medical School was established in his honor.

Grillo served as president of the Society of Thoracic Surgeons, the Thoracic Surgery Directors Association, and the Boston Surgical Society. He also was a director of the American Board of Thoracic Surgery and held seats on many national editorial boards and educational committees. A visiting professor worldwide, he was an honorary member of fifteen surgical societies and received numerous medals and awards, including the Henry Jacob Bigelow Medal for his extraordinary contributions to the advancement of surgery.

In addition to his wife, who lives in Cambridge, Massachusetts, Hermes Grillo is survived by a son and three daughters, including Amy Grillo Angell ’87 of Dummerston, Vermont. His former wife, Dorothy Whittier Grillo, lives in Wells, Vermont.

Reader Responses to The Surgeon of Last Resort