When workers in a Mexican quarry turned up a five-inch-thick stone slab with unusual incisions on its face seven years ago, they realized they had something unusual on their hands. They contacted local archaeologists, who kept it in relative obscurity in the Mexican state of Veracruz . 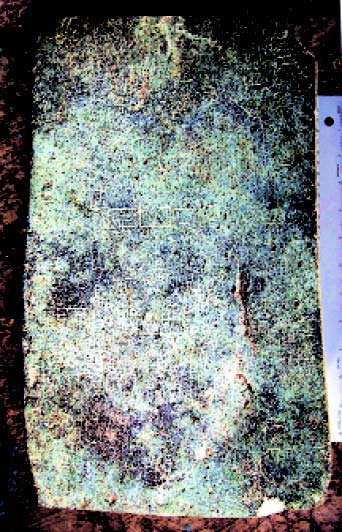 Until, that is, Professor of Anthropology Stephen Houston and his team got wind of it. He and several archaeologists from other universities traveled to Veracruz in March and quickly realized they were dealing with the Western Hemisphere’s oldest known writing sample.

By analyzing ceramic shards and clay figurines dug out of the same quarry, the scholars dated the tablet to about 900 BC, making it roughly 3,000 years old. That predates by four centuries what was then believed to be the hemisphere’s oldest writing, a comfortable lead whether, as Houston says, “it slips a few centuries this way or that way.”

The scholars believe the stone, called the Cascajal block after a village near the discovery site, was carved by a member of the Olmec civilization, which is thought to have lived in the area from 1200 to 400 BC. The slab contains sixty-two characters, twenty-eight of them unique. Some resemble vegetables, flowers, or insects, while others seem to depict geometric shapes.

The archaeologists, who published their findings in the journal Science in September, are confident the characters represent language, and not just an abstract artistic design.

“They’re all exactly the same size, Houston says. “Some of them are repeated in different parts of the block. The linear quality and the regular codification of the signs speak to me of writing.” 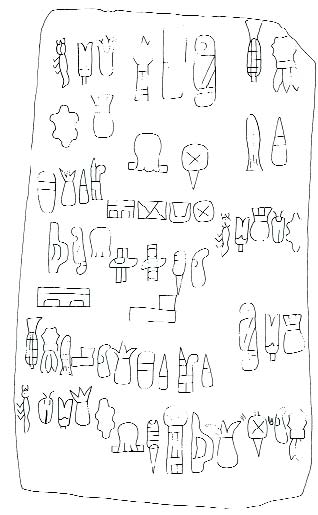 Houston, who arrived at Brown from Brigham Young University two years ago as part of the faculty expansion called for in the Plan for Academic Enrichment, specializes in deciphering the writing of the Maya, the ancient civilization of Central America and southern Mexico that reached its height in the first century AD. About 10,000 samples of Maya writing exist, but the Cascajal block is the only confirmed sample of Olmec writing. Short of finding an Olmec Rosetta Stone it’s unlikely scholars will know anytime soon what the Cascajal block actually says.

“The problem is,” Houston says, “we don’t know if this was the kind of medium that was ordinarily used to record writing. It could be that it was largely on perishable substances like palm leaf or wood.” To start to decode meaning, archaeologists need a sample much longer than sixty-two characters, and either a translation or commentary in a known language, or images that correspond to the text. Whether that will ever turn up, Houston says, “we just don’t know.”

Reader Responses to Rock On