“I’ve never really felt like I was bound to genre,” says violinist Lili Haydn. As a studio musician and performer, she has played with Led Zeppelin’s Jimmy Page and Robert Plant, George Clinton’s Parliament and Funkadelic, the Los Angeles Philharmonic, qawwali singer Nusrat Fateh Ali Khan, and, last summer, jazz pianist and composer Herbie Hancock. In her solo work Haydn is no less eclectic; she flavors her pop/rock songs with everything from techno to Indian tabla drumming to bits of Brahms and Dvorák. 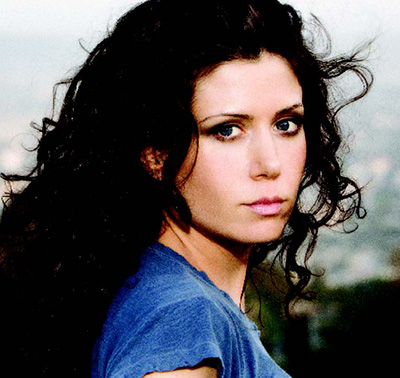 Courtesy Lili Haydn
George Clinton has called Lili Haydn “the Jimi Hendrix of the violin.” She’s currently working on a CD with Nettwerk records, due out next winter.

Haydn’s musical experimentation may derive in part from her upbringing. Her mother is the late actress and comic Lotus Weinstock, who was once engaged to Lenny Bruce. Haydn’s father is the underground video director David Jove, who’s best known for the anarchic early 1980s TV show New Wave Theatre. At the time of her birth, Lili says, “My father was running from the law, so I never took his name. Haydn is my mother’s original stage name.” Actually, for much of her childhood Lili was known as Cherub, a name she got from her mother when they lived on a commune, and for a while, Helicopter, Lili’s own creation.

While in elementary school, Haydn began acting in such TV series as Mrs. Columbo and Hart to Hart. “My dad wasn’t around too much, and [my mother] was supporting us on a stand-up comic’s salary, which wasn’t much at the time,” Haydn recalls. “So [acting] seemed like a way that I could contribute. I started to pay half the rent at seven, and actually paid for college myself and bought my first violin and bought my car.” Haydn’s father had been a child actor, and L.A.’s entertainment industry, she says, “seemed like a natural family business.”

At age eight Haydn discovered her true passion—the violin. She devoted herself to classical studies and fell in love with Romantic-era composers. Unlike many classically trained musicians, she easily shifted into the play-by-ear mode of pop music. “It was pretty natural for me because my mom was a singer-songwriter as well,” she says. “The very first day that I got my violin, she wrote a song in G major so I could play the open strings and have a sense of playing music without having to be bound by technique.”

Haydn debuted as a singer and solo artist with Lili, which was released by Atlantic in 1997. Her mother died of cancer the same year, a loss that she considers in several songs on 2003’s electronica-oriented Light Blue Sun. (Her father died in 2004.) Last summer, fresh off a European and U.S. tour with Herbie Hancock, Haydn released an EP called Memory One, which features four original songs as well as a cover of Funkadelic’s “Maggot Brain,” backed by George Clinton and the sixty-member daKAH Hip Hop Orchestra. On that track Haydn uses electronic effects to turn her 250-year-old English violin into a sort of bowed Stratocaster, then switches back to the instrument’s acoustic tone—a transformation she also uses onstage.

“The violin is sort of like a stem cell: it can really be grown into anything,” Haydn says. “If I could make all the records that I hear in my head, they would be in every single genre. I’m drawn to anything that feels passionate and authentic.” That open-ended approach gives Haydn an optimistic outlook on a music industry still struggling with the transition from the twelve-song CD to … something else. “Even though the business is changing and a lot of people are really daunted by it, I feel encouraged,” she says, “because it feels like you can put up a new song every day on iTunes if you want.”

Jeffrey Pepper Rodgers (www.wordsandmusic.info) is a contributor to NPR’s All Things Considered.

Reader Responses to No Strings Attached