The Making of a Gumshoe

Andy Barker is the anti–Walter Mitty. Instead of daydreaming his way out of his ordinary life, this mild-mannered accountant keeps stumbling into cases that require crime-solving heroics while he’s daydreaming about advising clients on what kind of mutual bond to buy. That’s the premise for the sitcom Andy Barker, P.I., which premieres in March on NBC. With Jonathan Groff ’83 as executive producer, the show stars Andy Richter in the title role and Clea Lewis ’87 as his adoring wife. 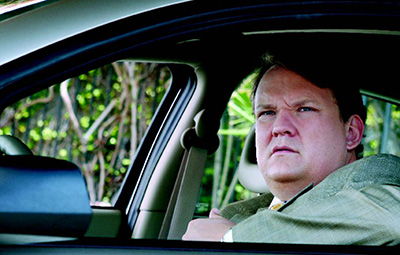 Lewis, best known as Ellen DeGeneres’s annoying neighbor, Audrey, in the Ellen series, moved in 1999 from Los Angeles to New York City and married playwright Peter Ackerman after starring in his play Things You Shouldn’t Say Past Midnight. They have two young sons, aged five and two. Taking the role of Jenny Barker meant six weeks of cross-country commutes, but, Lewis says, “I had much less ambivalence than I usually do when a big job comes along, because I love the character so much. She’s the doting wife who thinks Andy is the bravest, strongest, handsomest, smartest man she’s ever met.”

Groff, who co-created the show with late-night talk-show host Conan O’Brien, decided to cast the zany Lewis as Richter’s better half. “Andy never stops being sensible and steady,” Groff explains. “We felt his wife should be a little bit quirkier, so we went with Clea. She makes everything funnier than you thought it could be.”

At Brown, Groff studied history, managed radio station WBRU, and performed stand-up comedy for the first time at Big Mother, a campus coffeehouse. For the next decade he plied comedy-club crowds with his eccentric observations. “I remember doing this long riff about why cows and goats and sheep are pretty much the only source of milk for cheese and why can’t we make cheese from the milk of other animals,” Groff recalls. “It was sort of this theater of pain, where I made people follow my logic all the way until they’d eventually give in and start laughing.” 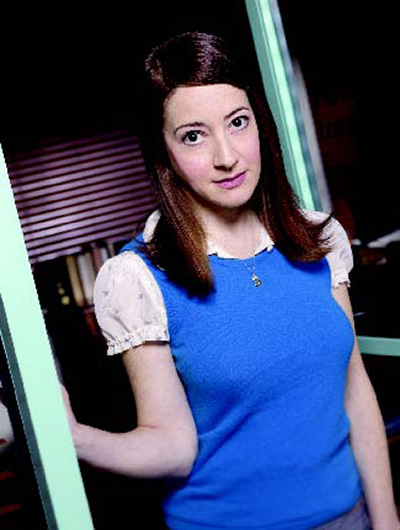 In 1993 Groff went to work for Jon Stewart, and two years later he joined Late Night With Conan O’Brien, where he quickly became head writer for the star and his deadpan sidekick, Andy Richter. “That’s where the WBRU experience kicked in,” Groff says. “I had the ability to make people communicate with each other and be organized and run stuff.”

Groff quit Late Night in 2000 and moved west to write sitcoms. Two summers ago he reunited with his former boss and hatched Andy Barker. The pilot episode pays homage to Chinatown, with future shows revolving around a rancid-chicken cartel, a sixty–year-old femme fatale with a wooden leg, and a fat golfer whose heart attack reveals an unexpectedly active love life.

Beyond NBC’s initial five-episode run, Andy Barker storylines have yet to be fleshed out. However, Groff, who was executive producer for the short-lived animated sitcom Father of the Pride, which focused on Vegas showmen Siegfried & Roy, jokes that there’s at least one scenario he’ll steer clear of: “Roy getting eaten by a tiger—that was not great,” he notes dryly. “So one thing I’ve focused on with the whole Andy thing is to make sure he is never in the company of large predatory cats. I’m not gonna make that mistake twice.”

Reader Responses to The Making of a Gumshoe