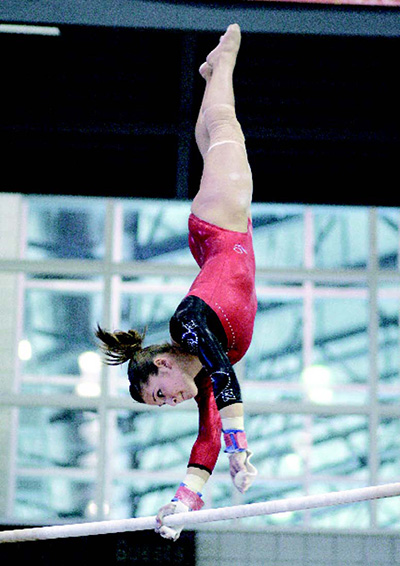 After an up and down 2006 season, the gymnastics team looked to regroup this year. It has done just that behind solid performances from its first-years. Although Brown is only 5–7 overall as this is written, that record, earned against some very stiff competition, is misleading. The Bears have lost four meets by eight points or fewer. Alicia Sacramone ’10, captain of the 2006 USA World Gymnastics Team, has put up staggering numbers in her first year. In her February 18 performance against Bridgeport, she recorded four first-place finishes, a personal best. Due to that outstanding showing, she won ECAC gymnastics honors.