As a girl growing up in Berkeley, California,Anna Lappé ’95 split time between her mom’s place—where veggies prevailed and the closest thing to junk food was a rice cake spread with peanut butter—and her dad’s, where meat and sweets also made their way to the table. Although her parents’ eating habits might not have matched, their commitment to revealing the politics behind food production did. Lappé’s dad, the late toxicologist and medical ethicist Marc Lappé, produced such works as Against the Grain: Biotechnology and the Corporate Takeover of Your Food and Chemical Deception: The Toxic Threat to Health and the Environment. More famous was her mom, Frances Moore Lappé, author of the 1970s vegetarian manifesto Diet for a Small Planet and, later, World Hunger: Twelve Myths and Great Meatless Meals. 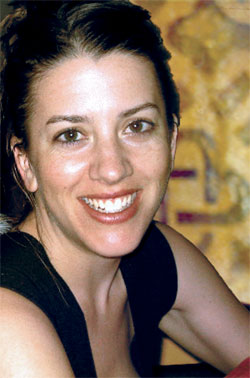 Now thirty-two years old, Anna Lappé continues her parents’ fight as an author, educator, and philanthropist. In April, Penguin Putnam released Grub: Ideas for an Urban Organic Kitchen, a hip, chatty cookbook coauthored by Lappé and Brooklyn-based chef and food activist Bryant Terry. The combination food treatise and recipe collection—with music pairings for each menu—attempts to engage readers in the sustainable whole-foods movement. Lappé penned a 125-page introduction to the topic with chapters debunking the supposed benefits of industrial agriculture, ex­plaining the environmental and social goals behind organic farming, and offering affordable strategies for incorporating unprocessed foods into a busy lifestyle. “My mom’s and dad’s life work tackled questions bigger than one lifetime,” Lappé says. “It’s not as simple as how to build a better fork. I’m honored to be a part of this lineage, doing it in my own way, in my own style.”

Lappé’s first book, Hope’s Edge: The Next Diet for a Small Planet, which she coauthored with her mom in 2002, highlights citizen-driven efforts that have transformed local economies and food systems. Among their examples: a Bay Area garden project for former inmates that is credited with helping ex-cons stay out of jail; a system for improving local access to fresh vegetables while building relationships between cops and the community; a Central American coffee farmers’ collective whose improved earning power helps member families send their children to school and invest in farm improvements; and innovative food and nutrition policies in Belo Horizonte, Brazil, that have enhanced maternal and child nutrition while reducing hunger throughout the large city.

When she’s not writing, Lappé helps run the Cambridge, Massa­chu­setts–based Small Planet Institute, a philanthropic organization she and her mother founded to highlight and support examples of the “living democracy” they saw while researching Hope’s Edge. Lappé also holds a two-year appointment as a Food and Society Policy Fellow with the W. K. Kellogg Foundation. 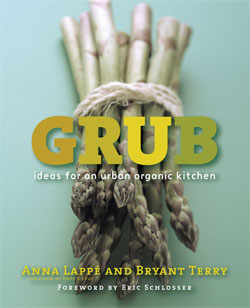 Like her parents before her, Lappé argues that access to healthy, affordable food is a human right—one that just might take an overhaul of national and international policies. She concedes that the goal is ambitious, but seems unlikely to give up anytime soon. “It’s almost hubris to be pessimistic, to think that you can predict the future,” she says, pointing to the experience of 2004 Nobel laureate Wangari Maathai, founder of Kenya’s Green Belt Movement, an independent organization that promotes civic education for women and that has planted millions of trees to combat regional deforestation and desertification.

When Lappé met Maathai while researching Hope’s Edge, the Green Belt Movement was nearly penniless, its members were under constant attack from Kenyan officials, and soon after, Maathai was herself imprisoned. “Five years later she’s a Nobel Peace Prize winner,” says Lappé. “If someone said to me in Nairobi that this was a future Nobel laureate …” She trails off. “Stories like that show you never know.”

Reader Responses to What We Eat