The Queen of Thin Mints

Julie Sygiel '09 knows a thing or two about cookies. And even more about setting goals.

Growing up in Jackson, Kentucky, a town with a population of 2,490 and one of the state's highest unemployment rates, Sygiel managed to sell 10,000 boxes of Girl Scout cookies during her twelve years of scouting. Her strategy was simple. "I went to the courthouse," she says, "the transportation office, the juvenile detention center, the auto-parts store." 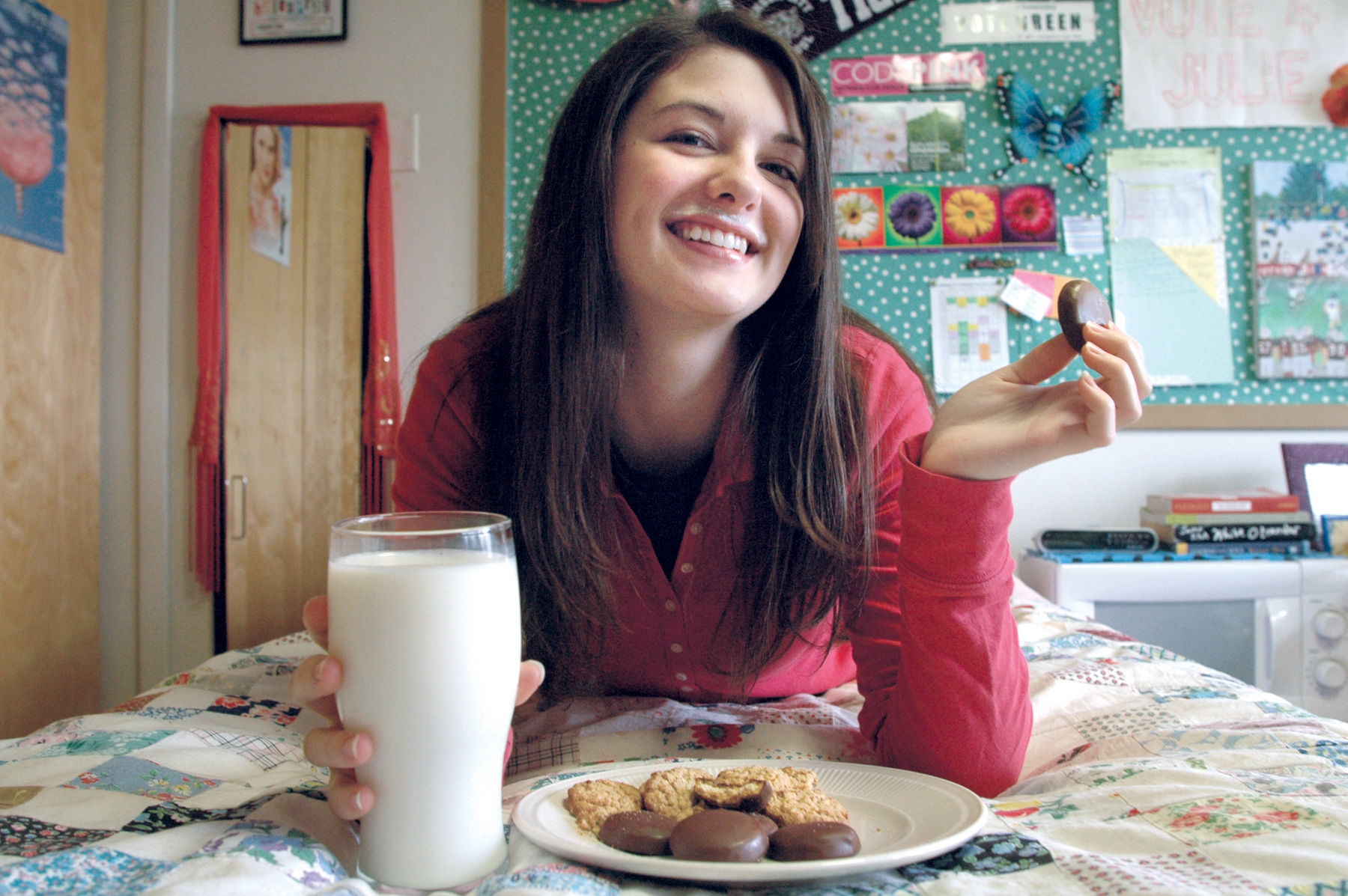 Sygiel's sales earned her a trip to Philadelphia with her troop last year, where she gave a keynote address at one of the bakeries that make Girl Scout cookies. The crowd was easy, she says: "They were all marketing people, so they're happy all the time."

Before she arrived at Brown, Sygiel, who grew up in a family of nondrinkers in a dry county, requested that she be paired with a roommate who didn't drink. She and Jasmin Perez, a Mexican-American student from a border town in Texas, were assigned a room on a substance-free floor in Perkins Hall.

"Perhaps it's the Girl Scout in her," says Perez, "but Julie is one of the sweetest, most honest people I know, and I couldn't have asked for a better roommate." Sygiel, a chemical engineering concentrator, sees herself working in marketing for a pharmaceutical company, or perhaps as a chemical engineer in the food industry.

Sygiel says her father home-schooled her until ninth grade, when she finally persuaded her parents to let her attend the public school across the street from their house. She competed in softball, soccer, and track, and was president of both her class and the student body. Still, she says her liberal politics stood out in East Kentucky: "I'm registered as a Democrat because there wasn't a Green Party there."

Sygiel is modest about her cookie sales. "Lots of girls have sold more," she says. (A Richmond, Virginia, Scout sold 2,001 packages just last year.) But when Sygiel realized that selling 1,700 boxes-just 500 more than her previous highÑduring her last year of high school would put her over the 10,000 mark, she went for it.

She says she applied the same approach to the Freshman Fifteen, the infamous weight students gain in college. "I realized I was eating quite a lot," she says matter-of-factly, "so I set myself goals: no seconds, no snacking between meals, dessert only at lunch." She gave herself a star every day she met her objectives. "My goal was fifty stars." Asked if she allowed herself a treat when she hit fifty, she shakes her straight brown hair. "Meeting my goal was my reward."

That and Thin Mints. She bought herself a box this winter and discovered she liked them.

Reader Responses to The Queen of Thin Mints