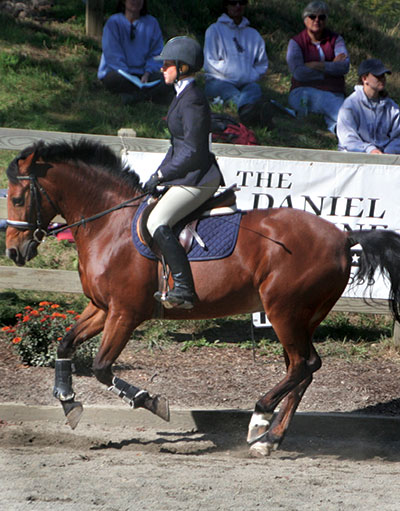 Emily Cole ’08
Whitney Keefe ’08 excelled both with the equestrian team and in an individual competition for the nation’s thirty best competitors.

After starting its regular season on September 30, the equestrian team competed all year with the goal of reaching nationals for the first time since 2004. The squad won the Zone 1, Region 1 Championship by an impressive thirty-points points, then competed at the Zone 1 Championships on April 7 needing a first- or second-place finish to secure a trip to the IHSA National Show on May 3. Led by blue ribbons from Elizabeth Giliberti ’10 in intermediate flat and intermediate fences, the Bears finished seven points behind defending national champion Mount Holyoke for second place and a birth to nationals, held in early May. In addition to competing on the team, Whitney Keefe ’08 was scheduled to compete in the Caccione Cup, an individual all-around heat for the nation’s thirty best equestrians.