When Nils Yngve Wessell stepped down as president of Tufts University in 1966, he joked to the Boston Post that he’d never been called a child prodigy. “I flunked kindergarten,” he said. 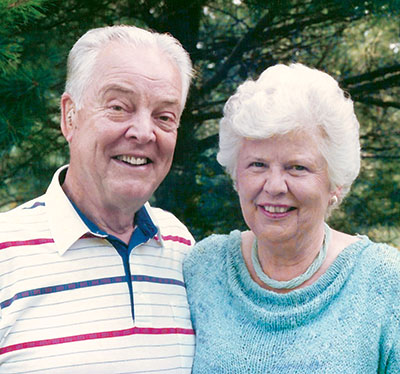 Wessell and his wife, Marian.

Wessell quickly made up for lost time. He was twenty-one when he received his master’s degree from Brown. When his mentor, the esteemed psychology professor Leonard Carmichael, left for the University of Rochester, Wessell followed him, earning his PhD while commuting nine hours each way to the University of Michigan in Ann Arbor, which had hired him as field director of its Child Guidance Institute. At twenty-four, Wessell was hired as dean of men, director of admissions, and assistant professor of psychology at Tufts College in Medford, Massachusetts, earning the nickname “the boy dean.” In 1953, Tufts named Wessell president; two years later it was incorporated as a university. During his thirteen years as Tufts’s president, Wessell led its transformation from a local liberal arts college with 3,500 students and schools of law, medicine, and dentistry, into a nationally known research university that now enrolls 9,000 students.

“He was the model of a great college president,” said Tufts trustee emeritus William Meserve, who was an undergraduate during Wessell’s tenure and whose father chaired the board during those years. Meserve described the president and his wife, Marian Sigler Wessel ’38 AM, waving and grinning to greet students as they crossed the campus. “As a team they were fabulous,” Meserve recalled.

The couple met at Brown, where both were graduate students in psychology, and were married for fifty-nine years. After Marian Wessell’s death in 1997, Nils wrote that he’d declared his love to her over beer and pastrami on his birthday, April 14. “Talk about a love story,” their daughter told the Boston Globe. “Just incredible devotion.”

While president of Tufts, Nils Wessell led the so-called Wessell Commission, which was formed to review the Massachusetts prison system after riots in the Charlestown State Prison in 1955. The state legislature approved many of the commission’s recommendations in an overhaul that “marked the state’s emergence from the Dark Ages of penology into an era of enlightened and productive correctional reform,” the Globe editorialized in 1965.

At Tufts, Wessell ran the university’s first major fundraising campaign and oversaw the construction of new laboratories, dormitories, an engineering building, and the library, which was named in his honor. When he announced his intention to step down in 1966, the community was saddened, recalled Meserve. “But President Wessell had it in his mind that university presidents should move on after ten or twelve years.”

Trading in the fourteen-room Tufts president’s house for a two-and-a-half-room apartment, the Wessells moved to New York City, where he became president of the tiny Institute for Educational Development, a project of the Educational Testing Service that aimed to build business support for education. Then he took over the reins of the Alfred P. Sloan Foundation, which he ran until 1979.

Leaving New York, the couple began dividing their time between Sanibel Island, Florida, and Chebeague Island, Maine, where five generations of their family had spent vacations. Wessell died March 4 at age ninety-two, after a fall, and is survived by a son, Nils H. Wessell, of Mystic Conn.; a daughter, Roberta McCuskey, of Los Angeles; three grandchildren; and two great-grandchildren.

Reader Responses to The Boy Dean