Rose Ring Carroll, a mathematician who applied her expertise to cold WarХera national security and went on to be one of the first female math professors at Boston College, died March 17 after a brief illness. She was seventy-eight. 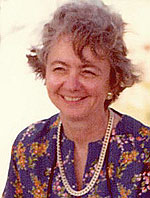 While still at Brown, Rose Ring was recruited by MIT's newly created Lincoln Laboratory to work on a U.S. Department of Defense project to detect Soviet bombers. The young scientist joined this Distance Early Warning project as part of a team that developed, implemented, and analyzed mathematical equations in an attempt to understand how radio waves travel through the troposphere. The work helped determine the shape and position of radar dishes that would make up the nation's early-warning-detection system.

Ring's specialty was numerical analysis, which takes abstract mathematical equations and uses the basic operations of arithmetic to approximate solutions. During her seven years at the lab she began a lifelong collaboration with her future husband, theoretical physicist Thomas J. Carroll, with whom she authored a succession of articles published mostly during the 1950s. The pair shared a long courtship; each was so devoted to the care of ailing parents that they did not marry until 1971, after their fathers had died.

Ring joined the Boston College faculty in 1958. She was named an associate professor in the mathematics department six years later, when she became one of the first women - possibly the first, according to the department, whose records of the period are incomplete - to receive tenure in mathematics. In fact, she was among the first tenured female professors in the entire college of arts and sciences. "She was a pioneer in that sense," says a BC colleague, Associate Professor Charles Landraitis.

Through the 1960s Ring commuted to BC from her childhood home in Sharon, Massachusetts, where she lived with her mother and polio-crippled father. According to niece Patricia Downey, she served as her father's "legs and eyes," carefully photographing the entire contents of his basement workshop; when he wanted an item from the workshop, he'd point to a picture of it and she'd bring it upstairs. She also played the violin in a community orchestra and joined a bridge club with her mother.

Though she never had children, she took great interest in her thirteen nieces and nephews, photographing them whenever they came to Sharon and entertaining them with her childhood toys - an old washtub, a tricycle, a tea set. When she married Thomas Carroll in 1971, the couple moved to a condominium in Chestnut Hill, Massachusetts, where they maintained an extensive library of physics and mathematics volumes, technical articles, and professional journals. "Every room you went into, the walls were just lined with bookcases," Downey recalls. She also kept meticulously cataloged albums of her many photographs of relatives, neighborhood activities, and places she'd visited.

The year she got married, Rose Carroll also became assistant chairwoman of the BC mathematics department. During the early 1970s she was a major force in designing the department's computer-science curriculum, says Professor Paul Thie, one of her colleagues. She served as assistant chairwoman until 1977, when she began a three-year term as department chair.

Carroll retired in 1989. Ten years later her husband died. A petite woman with a soft-spoken voice, she lived independently until just before her death. She is survived by a sister; a brother; and nieces and nephews including Patricia Downey, 16 Woods End Rd., Colts Neck, N.J. 07722.

Reader Responses to An Independent Woman