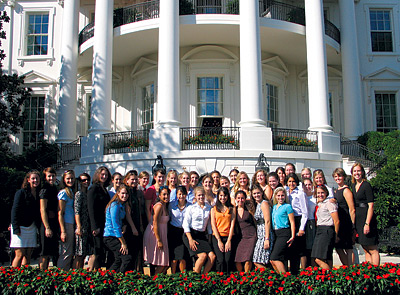 on the South Lawn of the White House on September 21. Before the public event, President George W. Bush met privately with the team in the East Room. The women are the first Rhode Island team ever to be honored by a U.S. president in a White House ceremony.