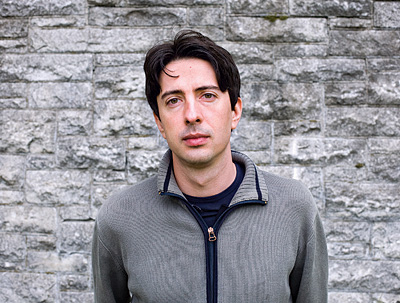 in 1995, at the age of twenty-two, bulgarian music prodigy Nikolai Grozni (then Nikolay Grozdinski) abandoned his plans to become a jazz pianist and instead became a Buddhist monk. He dropped out of Boston's Berklee College of Music and moved to Dharamsala, India, home of the Dalai Lama and the exiled Tibetan government. Determined to crack what Grozni calls the primordial code and to unravel the "higher truth that explained everything," the newly ordained monk mastered Tibetan and embarked on the study of ancient and cryptic philosophical texts. Grozni, the author of three novels written in Bulgarian, describes his Tibetan quest in the smart and funny memoir Turtle Feet: The Making and Unmaking of a Buddhist Monk. The book is Grozni's English and nonfiction debut.

In India the young monk's clear-cut plan for enlightenment falters when he befriends another Eastern European, Tsar, a fallen monk and Zorba-like womanizer. Since fleeing the former Yugoslavia, Tsar calls no country home and likewise no country calls him a citizen. Scorning the arbitrary conventions of countries and borders, Tsar hurls his passport out the window of an Indian bus; like the author and his fellow monks, Tsar relinquishes the reference points that ordinary people take for granted. But Tsar has a spark that his more pious renunciates lack: an underdog's attitude and a rebel's free and uncompromising persona that dazzles Grozni and prompts him to question his own choices.

Despite its subtitle, Turtle Feet isn't really about Grozni's reasons for ordaining and then disrobing. Those acts simply bookend this period of his life. Instead of dwelling on his spiritual motivations, he humorously focuses on the many ironies of his time as a Westerner in Dharamsala—a Tibetan-speaking Bulgarian surrounded by Indians, a former jazz musician in an institution that discourages innovation, and a student of logic in a country where illogic rules. Coming of age among a confluence of remarkable characters and against the vivid backdrop of India, Grozni grapples with his own identity and his relationship with Tsar.

Buddhists might find this book irreverent or even cynical. Grozni did, after all, eventually reject monasticism and leave India. But he's a gifted storyteller and a deft writer, and he'll have even these readers laughing in spite of themselves.

Reader Responses to Nirvana Can Wait