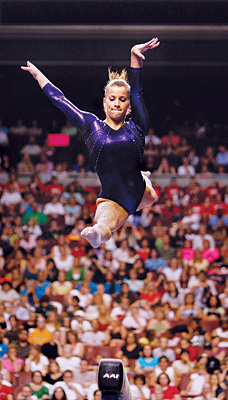 Alicia Sacramone '10 competes on the balance beam June 22 at the U.S. Olympic Team Trials in Philadelphia, where she finished first in vault and fifth on beam and floor. Although she was not one of the two women named to the team at the trials, the team's national coordinator, Martha Karolyi, strongly hinted that Sacramone would be on it after selection camp concludes July 20. "The team would not be the same team without an Alicia Sacramone," Karolyi said. She believes selecting the team any earlier could lead to a drop in training intensity for some of the athletes; by delaying she hopes to ensure that the gymnasts who go to Beijing are in the best possible shape.
What do you think?
See what other readers are saying about this article and add your voice.