Ask any high school student what they know about Brown, and the answer you're likely to get is something like "Isn't that the place without any course requirements?" 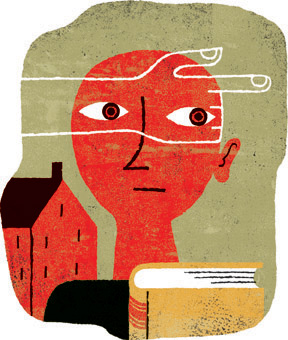 Nothing about Brown is more frequently misunderstood than its curriculum. Although you could make a case that today's curriculum extends back to the reforms of Brown's fourth president, Francis Wayland, back in the 1830s, it is a direct evolution of the so-called New Curriculum adopted in 1969. That course of study encouraged students to take greater responsibility for their education by allowing them to shape their own learning experience. Students could design their own concentrations and range across academic disciplines as never before.

But how effective is that curriculum today? For the past year and a half, a task force of faculty, students, and deans has been trying to answer just that question. After soliciting a wide range of opinion from the campus community—including alumni—the task force issued a draft report in January, and now, after receiving comments about that document, it has issued its final report, "The Curriculum at Forty: A Plan for Strengthening the College Experience at Brown."

The report is a wide-ranging review of everything from advising—Dean of the College Katherine Bergeron calls it "the flash point for every single cohort"—to writing competency to international learning. It also offers a window into the opinions of faculty and students about the curriculum, and tries to respond in a way that reaffirms Brown's commitment to it while tweaking its implementation with recommendations for more consistency and accountability. "What we need," the report says, "are more direct measures of student learning at Brown."

In fifteen detailed recommendations, the report suggests ways to create more opportunities for formal and informal faculty-student learning. It also calls for setting clear standards and expectations to help students better understand the focus and rigor of many academic concentrations. Finally, it calls for increasing the international dimension of Brown education in order to prepare students to succeed both on campus and in the wide world outside the Van Wickle Gates.

The great strength of the curriculum, Bergeron says, is that it focuses as much on the relationship between student and teacher as on the actual content of courses: "We understand the curriculum to exist in the form of a relationship, the form of a dialogue. This produces an effect that is very hard to get in other structures."

Advising is key, not only because students need to know which courses they really should take, Bergeron says, but because "the concept of advising stands for everything we think the curriculum should be." The discontent often expressed over advising, she believes, is really an expression of "an overwhelming desire on the part of students to have more informal conversation with faculty outside the classroom."

The task force calls for a broadened emphasis on liberal learning, so that all concentrations are based on a truly broad-based education. Interestingly, Bergeron says, this can often be easier for science students to achieve than those in the humanities: "Science students are always interested in many different things and tend to make connections between fields. I had a fabulous science student in my music class last semester who was a senior cognitive science concentrator. After many lectures he would come and make an analogy between something we had just talked about and the senior project he was working on."

Another area of concern is the lack in many concentrations of a culminating project for displaying a student's mastery of his or her subject. With only 30 percent of students completing an honors thesis, Bergeron says, too few are taking advantage of the opportunity "to bring things together in a significant piece of work—in the community, in the laboratory; it doesn't need to take the form of an honors thesis."

The task force also found concern among faculty about the uneven quality of students' writing skills, and it called for more emphasis on projects rooted in other cultures.

"There are in fact many signs that our long-term experiment in liberal education has worked," the report says. "Yet it is clear that we cannot rest on this success without an ongoing examination of our goals as a university in a new century."

Reader Responses to Staying the Course