Amity Gaige found the inspiration for her second novel, The Folded World, in a newspaper clipping about a Providence social worker who was murdered by a client. According to the article, the victim had two children and was beloved by clients and colleagues alike. How could such a thing happen? Gaige wondered: "Was it just that this guy was psychotic?" Or did something in the social worker's very goodness provoke the violence? 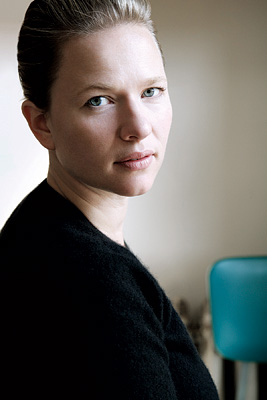 Sarma Ozols
Amity Gaige's next novel will be at least partly set in Latvia.

From that speculation, Gaige imagined Charlie Shade, a young man undermined by his idealism. He grew up "in a house that smelled of bread and laundry," she writes. "In his hometown, in the heart of the heart of the Middle West, he had been elected president of his high school class. Even the candidate he'd run against had voted for him. He loved to be surprised, for such was the immunity to horror that results from a completely happy and cloistered childhood."

Bewildered by the seam that divides him from those in psychic pain, Charlie trains as a social worker. He falls in love with a sloe-eyed girl named Alice Bussard, chasing her down the street one evening, won over by the way she hopscotches down the sidewalk to avoid stepping on cracks. "Don't you know anything?" she demands giddily. "Don't you know anything about bad luck?" No, Charlie says, and kisses her on the spot.

Unlike Charlie, Alice knows pain all too well. She never met her father, and her grandfather disowned Alice's mother when she became pregnant. Alice lived her childhood behind books, hiding from her mother's bitterness and suspicion. For the Bussards, love is a dangerous thing.

"Of course, falling in love is still a falling," Gaige writes. "Though the sensation of falling might be pleasurable to the body, it is distressing to the mind. The body falls in love easily, whorishly, but then the mind comes loping behind everything, trying to make orders, blowing its shrill whistle."

Alice and Charlie marry. They become parents to twins. And Alice's fears dog her as Charlie works late, trying to meet his clients' bottomless needs. He's good at his job, winning the trust of a newly released psychiatric patient named Opal, who hesitantly unfolds to him even as she teeters on the brink of psychosis. Then one day she panics and attacks a deliveryman with a hammer. Charlie's supervisor, Harriet, confronts him:

" 'Do you think she thought it was you?'

"Charlie looked up, his heart pounding. 'What?'

"'The delivery guy,' said Harriet.... 'The man she assaulted. Did she think the guy was you?'

"'What?' Charlie laughed. 'She probably assaulted him because he wasn't me.'

"'I'm sure. I'm probably the only person in the world she trusts!'

"'Well, it's painful to trust. It's painful for a healthy person to take that risk. Let alone someone who's been messed with a thousand times. Her affection for you could be causing her pain.'

"'I know, Harriet. I understand those concepts.'

" 'They're not only concepts,'" Harriet says.

Gaige tells Charlie's story—as well as those of Alice, Opal, and a half-dozen other finely conceived characters—in a patchwork of short narratives, each told from a different vantage point. Her prose is carefully styled: rich with visual imagery, surprising metaphors, and the kind of observations that make you stop dead at the end of a sentence and reread it, thinking: This really is how we are, isn't it? The novel brings to mind Virginia Woolf's evocative prose. In fact, Gaige says that while she was working on it she read from To the Lighthouse each morning before starting to write. 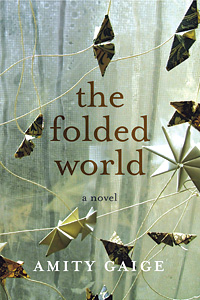 Gaige says her understanding of Charlie's character came partly from her own experience as a young, idealistic Brown alumna. She'd grown up in the comfort of an academic family—her father and grandfather were both college presidents and her mother was a therapist. "Teaching in Providence after graduation, I thought naively that I could help my students," she says.

Married to Tim Watt '95 MFA, whom she met at Brown, Gaige now teaches creative writing and literature at Mount Holyoke College. In 2006, after the publication of her first novel, O My Darling, the National Book Foundation chose her for its "five under thirty-five" honor. Gaige says her next novel will be set at least partly in Latvia, where her mother lived before World War II displaced her. In 2004 Gaige studied in Latvia on a Fulbright, and this summer she received another fellowship to return there to work on her new book. Gaige describes it as an exploration of her mother's and her own "possible alternate realities"—lives they might have lived had the war not intervened.

Given how far into the human heart she traveled with just a newspaper clipping to prompt her, it's inspiring to think where she will go with an ocean to cross and a war's injuries to probe.