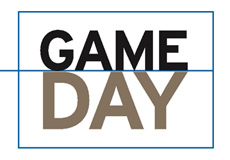 Golfer Michael Amato '11 was named to the Division I All-New England Team by the New England Intercollegiate Golf Association....Tennis player Bianca Aboubakare '11 advanced to the ITARegional singles finals, qualifying for the ITA National Indoors....The men's tennis doubles team of Noah Gardner '09 and Sam Garland '09 won five straight matches before dropping an 8–2 decision in the ITA Northeast Regional doubles finals to Harvard....The women's cross-country team finished third at the Ivy League Heptagonal Championship at Van Cortlandt Park in New York City, while the men's team was fifth.... Abigail Taft '12 has been named the Ivy League Field Hockey Rookie of the Week twice so far this season....Wide receiver Buddy Farnham '10 has been named the Boston Globe Gold Helmet Award winner as the New England Player of the Week twice so far this season....Defensive end James Develin '10 was named the Sports Network's FCS National Player of the Week for his play in Brown's 17–7 win over Stony Brook....Quarterback Michael Dougherty '09 has been named one of 164 semifinalists for the 2008 Draddy Trophy, given to a player with a 3.2 GPA, outstanding football ability, and strong leadership and citizenship.... Paige Pyett '12 scored her first two collegiate goals in Schenectady, New York, against Union College on November 1. Entering the game, goalie and team captain Nicole Stock '09 had averaged forty-seven saves.