"It all started at Brown," says baker Ellen Bartlett '78. "Really. I worked at Food Services for three years. I totally loved being in a commercial kitchen." A studio art concentrator in college, Bartlett now uses both her artistic and culinary skills: her company, Cakes to Remember, is Boston's go-to bakery for upscale wedding cakes. This year she added a new venture, Better Batches, selling cookies you can custom-design online.

When we sent out a call for alumni to send us their creations for our second-annual BAM gift guide, we were inundated with responses. We received steaks from Uruguay and harmonicas from Germany, jewelry to promote breast cancer awareness, and an orange rocking chair that took up an entire cubicle in our office.

Each object told a story of a Brown graduate living out an artistic dream. While Ellen Bartlett knew from the get-go that she wanted to cook, Archie MacIntyre '78 took a while to find his medium. He'd done an independent concentration in urban studies and architectural history at Brown and studied furniture making at RISD. After graduation he spent twenty years in commercial real estate. Now he sells Adirondack-style furniture that he custom lacquers with high-gloss marine paint in fun colors—kiwi, periwinkle, honeysuckle.

After his release from the draft in 1973, Rupert Oysler '70 decided to travel around the southeast to study the blues. He learned to customize harmonicas for blues musicians wanting to expand their instruments' range, and his reputation spread worldwide. So when West German investors decided to rescue the failing East German harmonica company Seydel, they asked Oysler to run its U.S. operations. This year Seydel released the world's first harmonica made with stainless steel reeds that can handle the stresses blues musicians put on them. James Cotton used one last summer when he recorded at Washington D.C.'s Blues Alley.

In New York City, Lauren Merkin '96 applied the entrepreneurial savvy she gleaned while earning her MBA to her sewing skills. She started making tote bags, and when sales took off she expanded into handbags. This fall, Merkin makes her TV debut on USA Network's The Starter Wife. In the season's final episode, actress Debra Messing carries a chic amethyst crocodile clutch of Merkin's design; it's called "Molly," after Messer's character on the show, Molly Kagan. You can check it out at www.laurenmerkin.com . Or just wait for the show's season finale. The bag's a star.

Much is made these days of buying locally, of supporting our communities with our purchasing power. Perhaps it's worth expanding the definition of local to encompass the Brown community. What these artisans share, after all, is the place where they spun their dreams and honed the skills to make them real.

Other great items featured below that are worth finding out more about can be seen at: www.betterbatchbakers.com, www.archiesisland.com, and www.seydelusa.com. 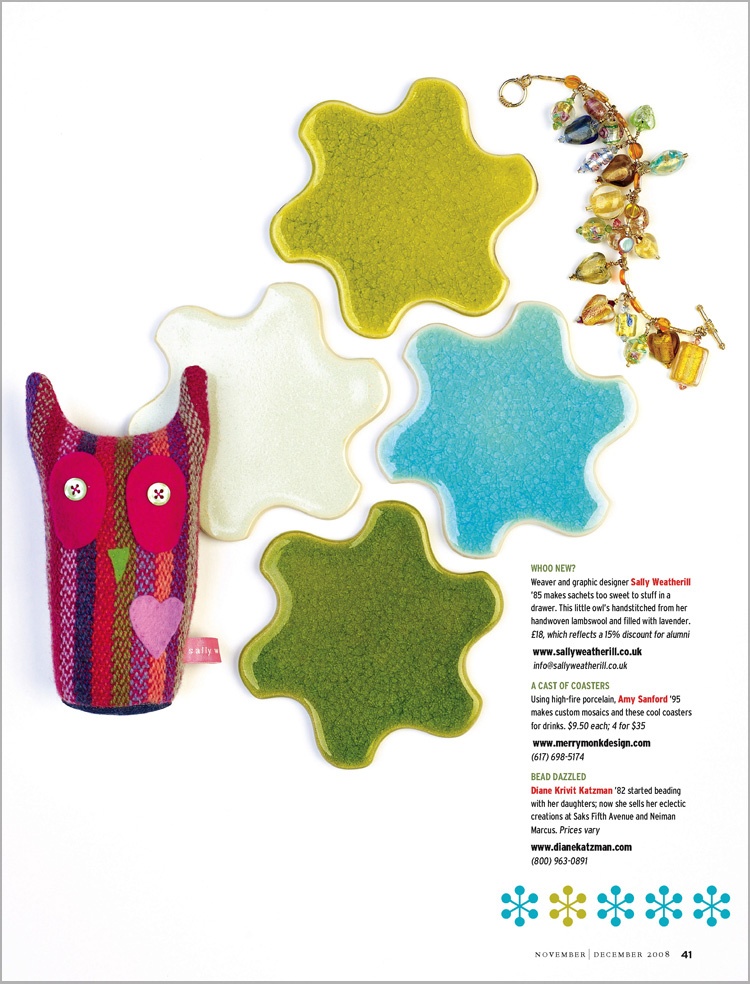 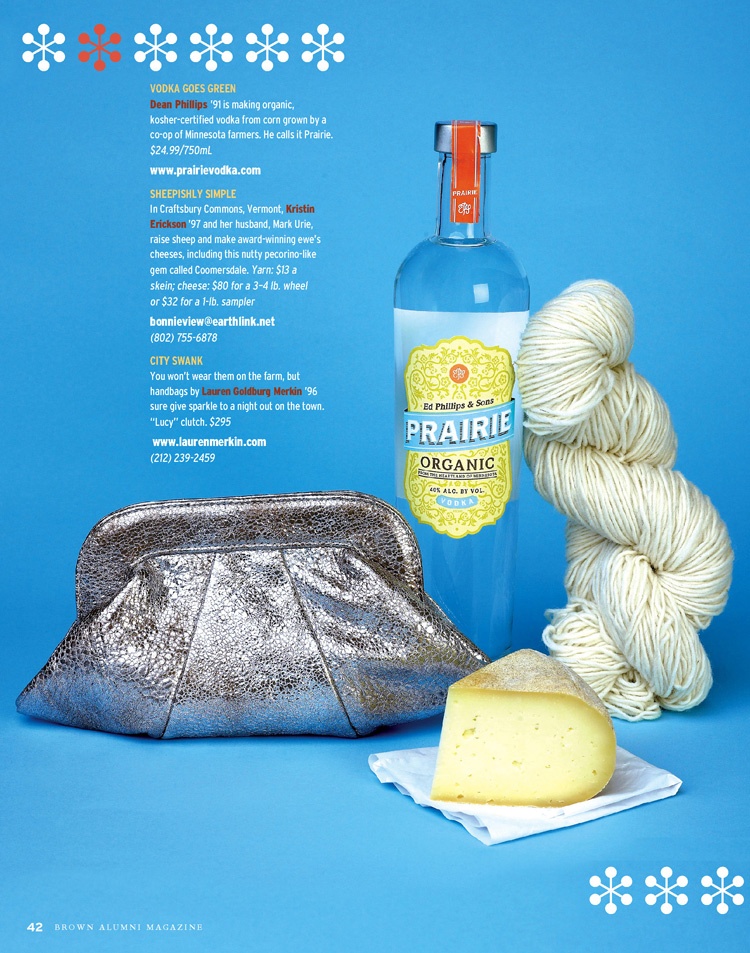 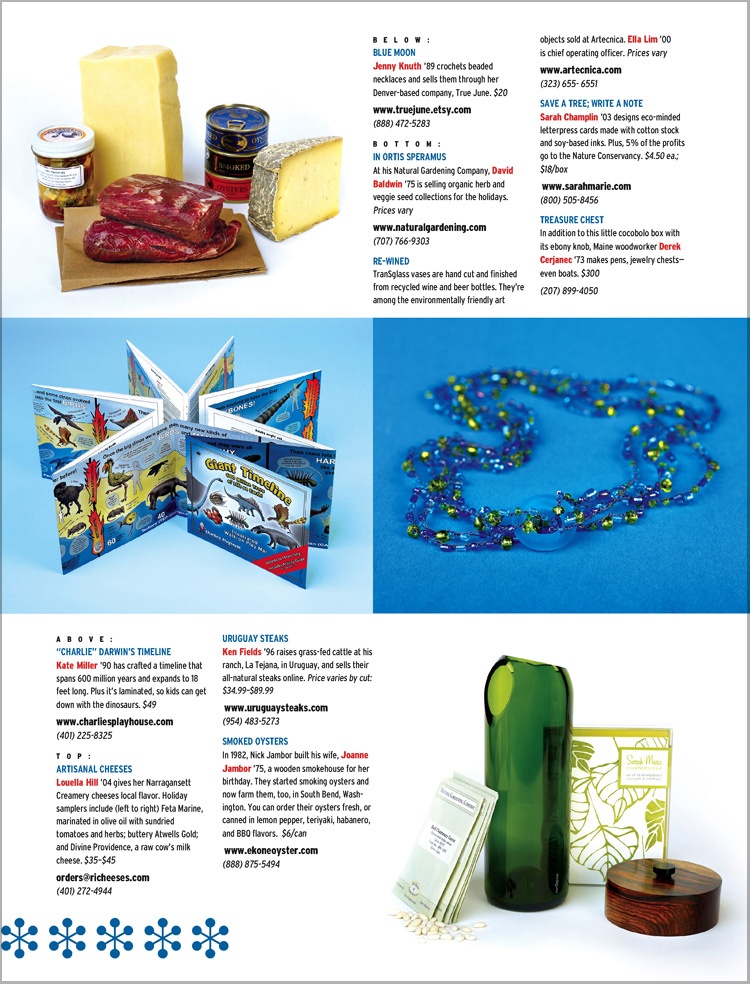 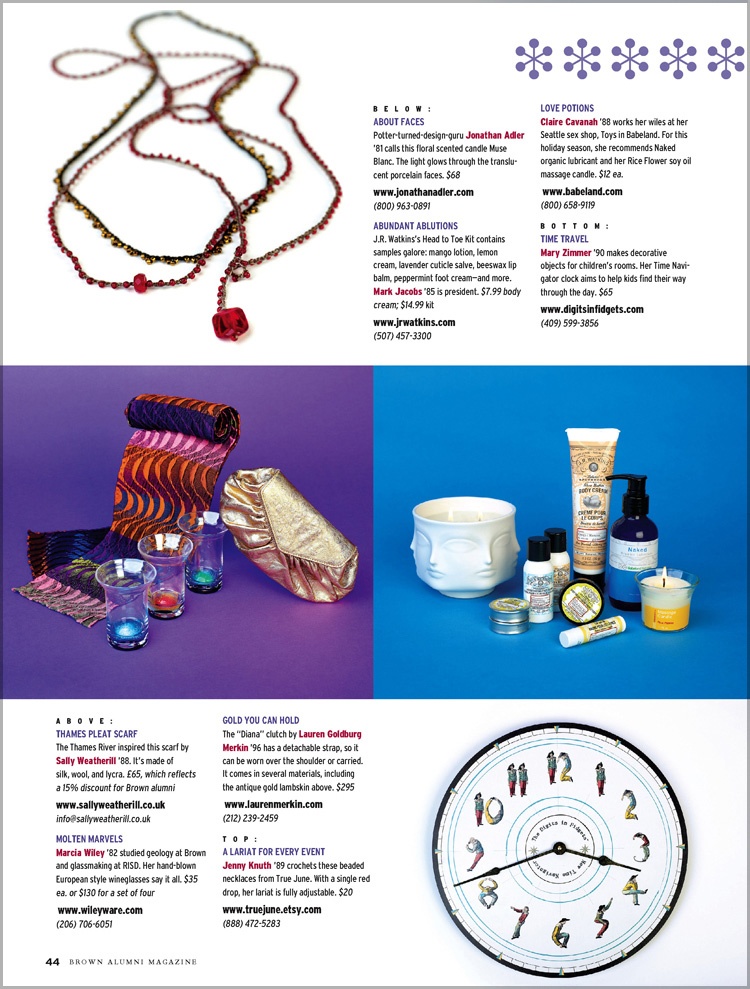 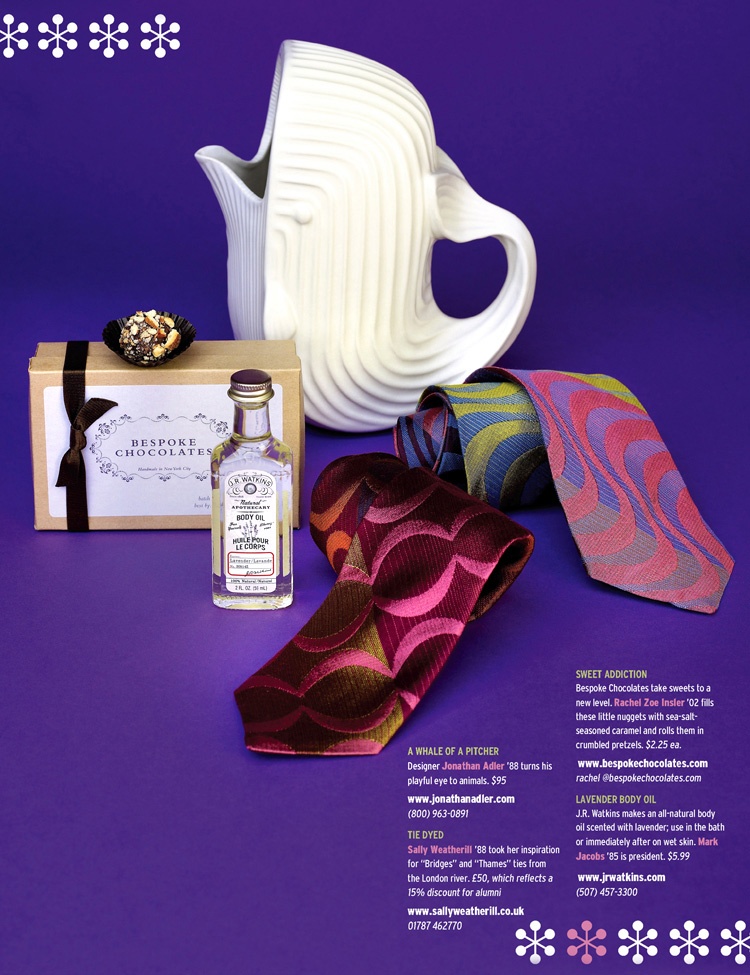 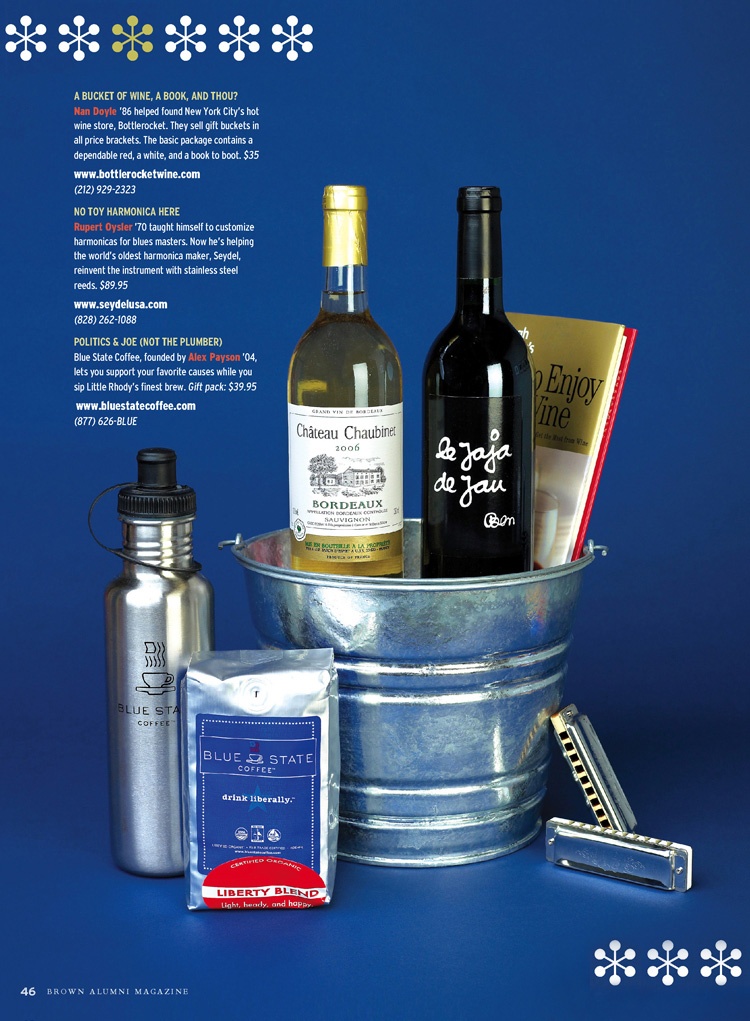 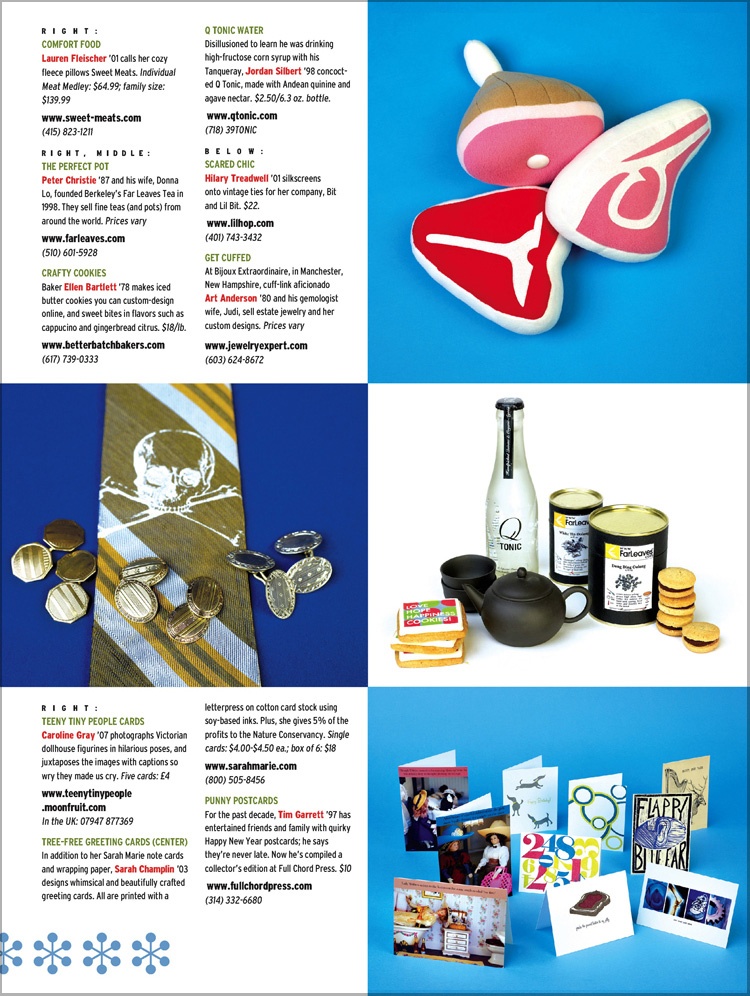 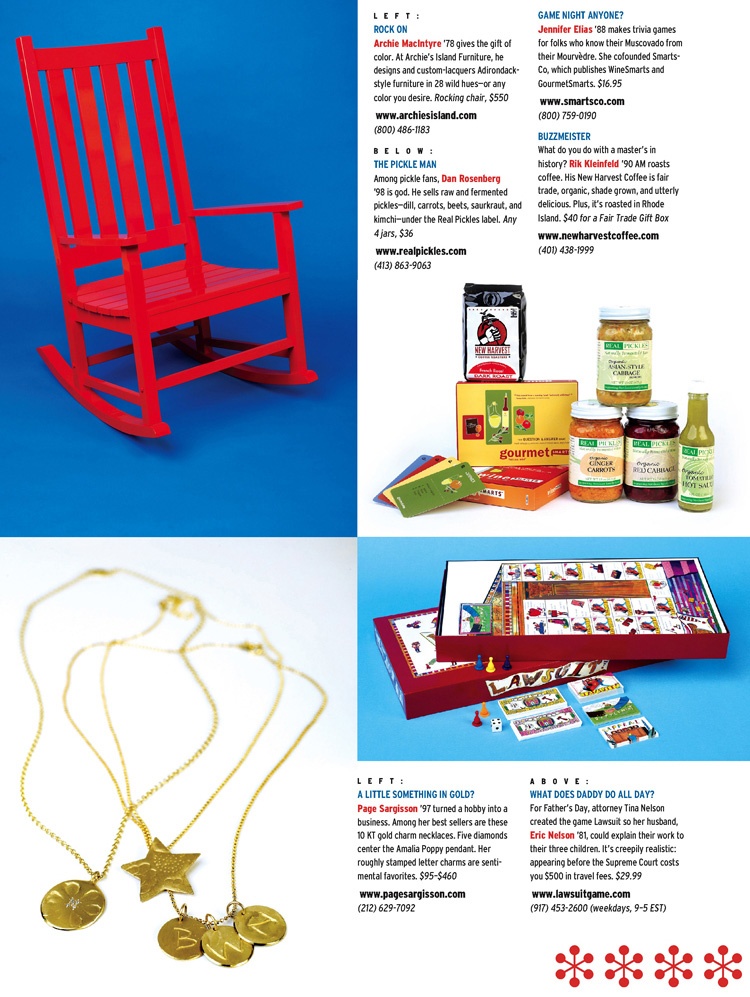 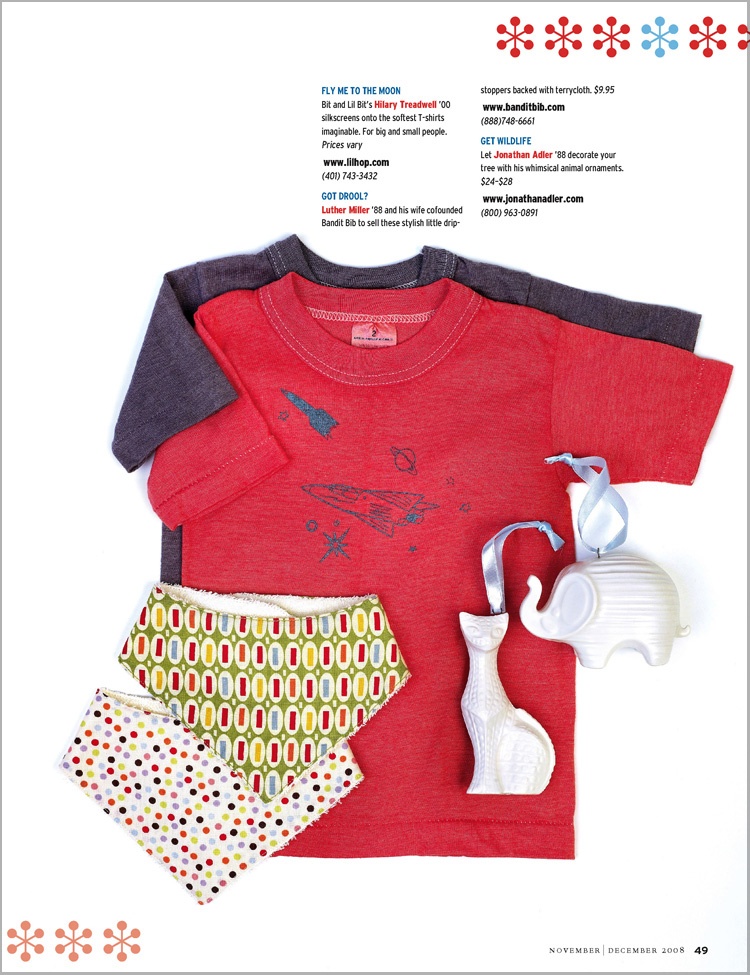 Reader Responses to Made to Order