Of Medicine and the Mob

The hero of Josh Bazell's debut novel is Pietro "Bearclaw" Brnwa, a hit man reborn through the witness protection program as Peter Brown, M.D. All's well until a new patient turns out to be a mobster and threatens to blow the good doctor's cover. 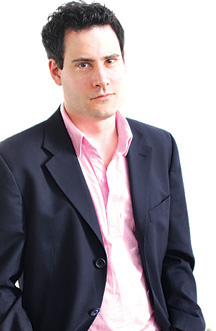 Now a psychiatry resident at UC San Francisco Medical Center, Bazell wrote the darkly humorous thriller as an intern. Leonardo DiCaprio has optioned the film rights, reportedly planning to play Brnwa-turned-Brown himself. Bazell is on leave from his medical training to write his next novel.

BAM As an intern, how did you find time to write?

Josh Bazell It's a very busy time, but it is cyclical in a predictable fashion. You get assignments and some are much more onerous than others. When you have a relatively light rotation you have the sense of "Wow I have this very brief chance with which to do something." So you have an incentive to do as much with that time as possible.

BAM Are there similarities between writing and medicine?

J.B. The ironic thing is the amount of text you end up producing in medicine. I've produced more text in a day of medicine than in a day working as a writer. The two are different in many ways, but my interest when I'm writing is always looking for causes, looking for reasons for things. The Reaper is about a hit man who becomes a doctor to make up for being a hit man. The question that motivates the book is why and how would that happen? It is in its way a case history.

BAM Why combine medicine with the Mob?

J.B. I wanted the book to be about the extent to which people could change their identities. I wanted it to be about someone becoming a doctor because that's what I was going through at the time. It seemed fairly natural to have [Peter Brown] begin as the opposite of that, as a violent criminal.

BAM You spend your days in hospitals, not prisons. How did you learn so much about the underworld?

J.B. You meet a thousand people a day when you work in medicine. Sometimes, if you get to know somebody well enough, you say, "How did you come to have that prison tattoo?" If you're lucky, they'll tell you.

BAM Does your protagonist's name, Peter Brown, have anything to do with your college experience?

J.B. It's a good witness protection program name because it's essentially like having no name at all in terms of how common it is. I'm sorry. I loved being at Brown; I would recommend it to anyone, but I can't say that's why.

BAM Do you see yourself having to choose between medicine and writing?

J.B. No. If I could make my living solely as a writer, then I'd be in a position to do medicine on a volunteer basis, which would be fantastic. I'm never gonna stop doing medicine. It's just too interesting and fun, and there are too many opportunities to serve to give it up completely.

Mia Geiger is a freelance writer in the Philadelphia area.

Reader Responses to Of Medicine and the Mob