After a lunch with Brown's Undergraduate Council of Students that took place about a year ago, Chancellor Thomas Tisch '76 found himself thinking about the ages of the Brown Corporation's fellows and trustees. He soon came to the realization, he says, that "we were missing a perspective."

What was missing were the ideas of younger alums. Among the twelve fellows and forty-two trustees who sit on the University's governing body, the youngest are Louisiana governor Bobby Jindal '92 and Boston neurologist Galen Henderson '93 MD. Under a plan proposed by Tisch and the other officers of the Corporation, a new class of trustees will be created consisting of alumni who've graduated from either Brown's college or graduate schools within the past seven years. They will serve for three years rather than the standard six, but will have the same voting rights as other members. 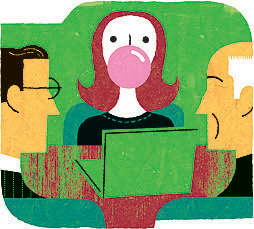 The Corporation officers have not yet decided on how many younger alums they will add, though Tisch does say that "one is too few." The proposal will not become final until the entire Corporation votes on it at its annual May meeting. "We felt we weren't reflecting a certain part of our alumni base and were missing perspectives close to the student experience." Tisch says.

According to Tisch, it hasn't always been this way. Although he says the Corporation hasn't included a trustee fewer than five years out of Brown since 1972, in the wake of the curriculum changes of the late 1960s, the Corporation began making steady efforts to involve younger alumni in decision-making. "Unfortunately, that's a cadence and rhythm that has been lost," Tisch says.

Tisch says he expects to have one or two new younger members on board by July. More may be added over time, he says.