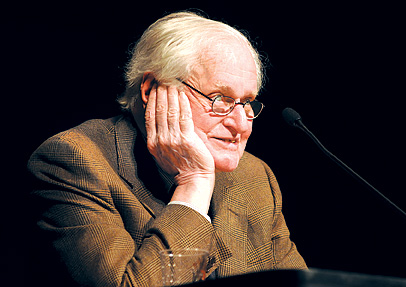 Frank Mullin
Famed American poet John Ashbery read from his work at Brown in February as part of a program sponsored by the Literary Arts department. Ashbery recited recently published and unpublished work, including a poem called "Zymurgy." The word itself refers to the study of the fermentation process used to produce alcoholic drinks, but Ashbery said he got the idea from the second volume of a dictionary he once saw titled, "Pockmark to Zymurgy."
What do you think?
See what other readers are saying about this article and add your voice.