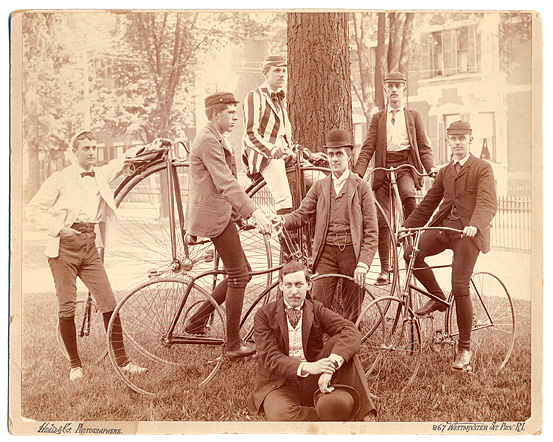 The late 1800s are considered the golden age of the bicycle and Brunonians took part in the craze by forming a cycling club. The bike with the extra-large wheel up front and a smaller one in the back was known as a penny-farthing or high wheeler and became immensely popular in the United States after a Boston company began manufacturing them. Brown's bicycle tradition remains strong. A new bike-share program lets members rent bikes for free.

Reader Responses to On Your Bike