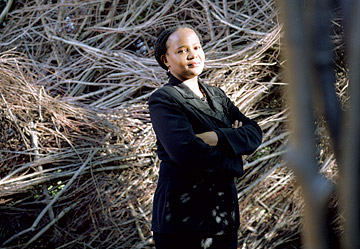 This fall, Edwidge Danticat MFA '93 received one of those phone calls from a stranger that ominously begin, "Are you sitting down?" When she said she was holding her baby daughter, the caller asked her to put the baby down and told her she'd won a MacArthur Fellowship—one of the $500,000 no-strings-attached windfalls nicknamed "Genius Awards." Born in Haiti, Danticat joined her parents in the United States at age twelve. Her novels include the award winning Krik? Krak!, Breath, Eyes, Memory, and The Dew Breaker; and her 2007 memoir, Brother, I'm Dying, won a National Book Critics Circle Award. Brown gave her an honorary degree in 2008.
What do you think?
See what other readers are saying about this article and add your voice.