Brown is getting into the business of business schools. Well, sort of. 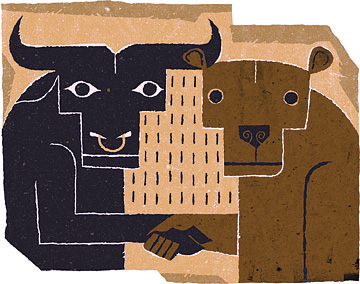 In March, the University announced it would join with Spain's IE Business School to offer a fifteen-month joint MBA program aimed at senior managers who've been working for at least ten years. The idea is to combine IE's analytic business education— the Financial Times ranked it as the world's sixth best business school in 2010—with Brown's liberal arts and science offerings. The resulting MBA would be granted by IE, not Brown, but would allow the University to improve its own business education offerings without hiring faculty or having to obtain MBA accreditation. University Provost David Kertzer '69 says Brown has no plan to establish its own business school anytime soon, adding that the partnership with IE is "actually a way of not having a business school."

About a third of the program will be taught by Brown faculty, who will offer humanities and social sciences classes relevant to business. When the program was announced in March, Kertzer described it as a "new model of leadership education, one that fuses the breadth, creativity, and rigor of the liberal arts with the latest innovative approaches to training managers and entrepreneurs."

Brown began discussions on the project with IE about two years ago during a European trip by former Vice President for International Affairs David Kennedy '76. After Kennedy met with IE officials for what Kertzer characterizes as a "brainstorming session," the idea emerged to run a business school collaboratively. Brown and Princeton are the only Ivy League schools that don't have an MBA program, though Princeton does offer a master's in finance. In addition, the partnership fits into the University's strategy of expanding its global reach. "If we're going to be a world leader in research and education we need to be developing these sorts of relationships," Kertzer says.

Both IE and Brown say their joint venture represents an entirely new approach to business education. Participants will spend six weeks at Brown and one week at the IE campus. Online instruction will supplement the classroom sessions. The core of the program will be standard MBA classes in management and finance, but there will also be what the program's brochure describes as "liberal arts and critical studies," which explore "the historical roots and current concerns underlying societies and cultures of the world." Kertzer said thirty students will be accepted in the program's first semester next spring, with plans to expand it to as many as 200 over the next several years.