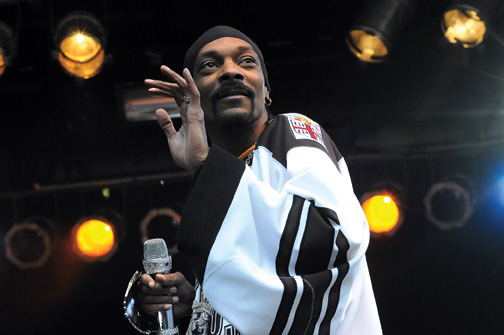 Brown hockey jersey-clad Snoop Dogg headlined this year's annual Spring Weekend, when hundreds of students invaded the Green to listen to the rapster. Snoop played songs from his recent album, Malice in Wonderland. This was the 60th anniversary of Spring Weekend, which has hosted such bands as Bruce Springsteen, U2, and De La Soul. This year's event started out somewhat disorderly with students pressed dangerously close to the stage during Friday night's act, the DJ duo Major Lazer. Saturday's show went much more smoothly.