Without Missing a Beat

Shortly after her husband, Alvin, died, Susan Low Sauer was sitting in the office of his real estate firm when the phone rang. It was a tenant at one of the company's malls, looking to get out of its lease. No one in the room knew who should take the call. Sauer knew if she did, it would be a signal that she was now running the company. 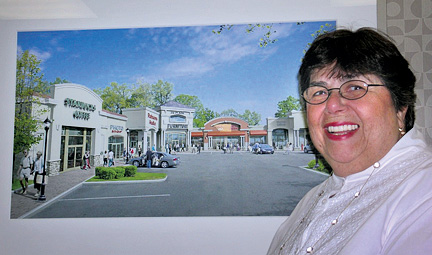 Courtesy Susan Low Sauer
Sauer runs a mini-real estate empire.
For more than 40 years, Alvin Sauer had worked tirelessly to build his business. "It was really hard to get him away," says Sauer. She stayed home to take care of the couple's four children. "My only business experience was when I was a kid," she says. "My father was in the plumbing supply business. I collected the money from the customers."

But Sauer picked up the telephone that day, and three years later she is the head of A.H. Sauer & Associates, overseeing a commercial real estate firm that includes two large shopping malls in Paramus, N.J. She has negotiated deals with outfits like Bank of America and the Road Runner Sports store, and hashed out property sales with big developers. "My husband probably never dreamed in a million years I would step into his shoes," Sauer says. But she adds, "I didn't know I knew as much about real estate as I do until he died."

Sauer grew up in Providence, in the shadow of Brown Stadium. She remembers as an eight-year-old flagging down cars and charging them a nickel apiece to park in her driveway. Her brother attended Brown, as did two of Sauer's children, Richard '79 and Stephanie Sauer Pasternak '87. "Brown was always my life," she says. "It's always been very special in my heart."

After college, Sauer earned a master's in education and went to work in Fairlawn, N.J., as a first grade teacher. Alvin "was of the generation where I don't think they liked the woman to be involved too much," she says. "They thought the husband should support the wife." So she quit teaching after she was married, instead volunteering at her children's schools. In 1982, she became the first woman president at her temple.

Although he was 79 when he died, Alvin Sauer had never made plans for what would happen to his business when he was gone, his wife says. He worked every day. "He wanted to die in his office chair," Sauer says.

Since assuming the company's helm, Sauer has negotiated new leases for such tenants as Empire Beauty Schools, La-Z-Boy, and Blinds To Go. She also worked out a deal to sell off a portion of a building adjacent to one of the malls so it could be converted into retail shops and professional offices. "I know how hard my husband worked," Sauer says. "I didn't want to sell what he built. I wanted to keep it alive. That's what I guess keeps me going."

Reader Responses to Without Missing a Beat