There was never any question where Eliana Castro ’09 would want to work after she got her master’s in teaching: back in her hometown of Lawrence, Massachusetts. 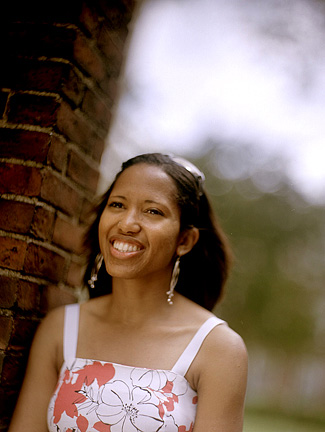 Castro was six when she left her family’s farm in the Dominican Republic to join her mother, who was working as a nurse in Lawrence, an old industrial city with old brick factories and warehouses left over from its heyday as a center of textile manufacturing. Eliana didn’tspeak any English, and the transition from rural village to mill city was a difficult one. “I was used to playing outside,” she says, “even in the mud and rain. I felt like I was being deprived of what I cherished.”

Her sanctuary was school. After learning English in kindergarten, Castro was switched out of the bilingual program at the end of first grade and into the school’s main learning track. Her third grade teacher took Castro under her wing, becoming an early mentor. “We had a really special connection,” Castro says. “All my teachers knew that I was a good student, but she really invested in making sure I knew that.” The connection between teacher and student continued long after Castro moved beyond third grade: when Castro graduated from Brown last year, the teacher watched from her seat on the College Green.

Castro attended Brown thanks to money from the Sidney E. Frank ’42 Endowed Scholarship Fund, which provides financial assistance to Brown’s neediest undergraduate students. She also worked as a student fundraiser, cold calling alumni to ask for donations. Working only seven hours a week in her junior and senior years, she raised more than $300,000—twice as much as any student had ever collected before. “It was a great way to make sure the money was coming back in,” she says.“It was a way of giving back.”

Now Castro’s dedicating herself to giving her students in Lawrence the kind of support she got from her third grade teacher. “As I grew up,” she says, “I had a lot of support from teachers, and built really strong relationships with the adults in my school. I’ve always aspired to do the same for other young people.”