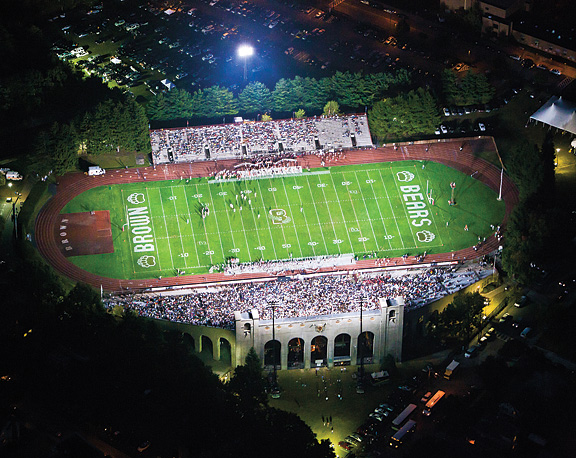 Don Pillsbury/Brown Football Association
History in the making: An owl's-eye view of the September 14 football game against Harvard and the first ever night game played at Brown Stadium.

The football team made history on September 24 with its first-ever game under lights at Brown Stadium, where a nearly sold-out crowd watched a trouncing of Harvard, 29–14. "I can't tell you what it means to have so many people in the stands," coach Phil Estes said afterward. "Our team fed off the crowd." The game, and the temporary lights, coincided with the 2010 Black Alumni Reunion; at halftime former player and now distinguished surgeon Gus White '57 was honored with his family on the field. 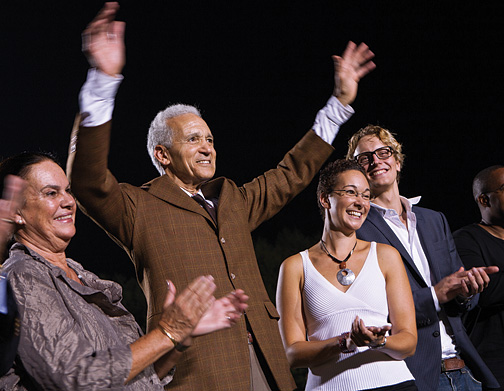 Scott Kingsley
Gus White, along with his family, reacts to the stadium crowd.