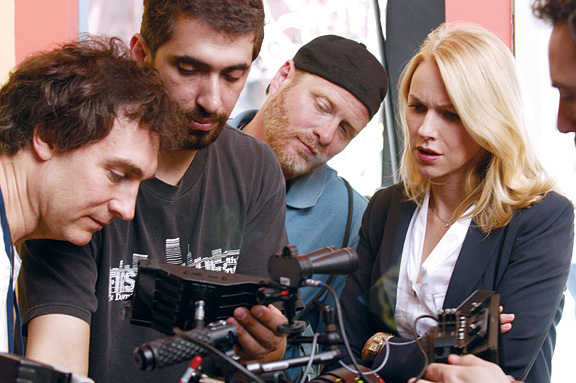 Producer and director Doug Liman '88, at left in photo, is known for such fictionalized blockbusters as the Bourne series, but in Fair Game he turns to the true story of CIA agent Valerie Plame, who was famously outed by the Bush Administration. Naomi Watts, bottom right, depicts Plame, and Sean Penn, top, plays her husband, Joe Wilson. Liman's politics are clear—he made the Obama campaign ad featuring the Gossip Girls cast—but on his blog, 30ninjas.com, he says it was Fair Game's script, not politics, that hooked him: "I knew I was going to make this movie five minutes into the script, when it hard cut from Valerie on a dangerous mission in Kuala Lumpur to her and Joe in a Georgetown bar with friends and you realize none of her friends know what she does for a living." It's Mr. and Mrs. Smith, but real. How could he resist?
What do you think?
See what other readers are saying about this article and add your voice.