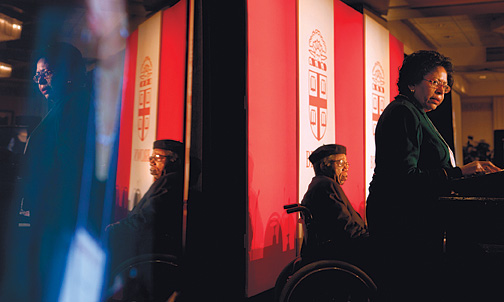 In December, Brown sponsored the second annual Achebe Colloquium on Africa, a gathering of scholars and diplomats organized by Nigerian novelist Chinua Achebe. President Ruth Simmons provided welcoming remarks, saying the event's focus on Congo, Rwanda, and Nigeria was "critical to our understanding of these three African nations." She also praised Achebe, who became the David and Marianna Fisher University Professor at Brown in the fall of 2009. "[H]is concern and love for Africa, his respect for the potential of this enormously important part of the world is to be applauded," she said. Later in the day, panels convened around such topics as "Rwanda—Could it Happen Again?" and "Congo: The Economic Stakes Behind 'Africa's World War.'"
What do you think?
See what other readers are saying about this article and add your voice.