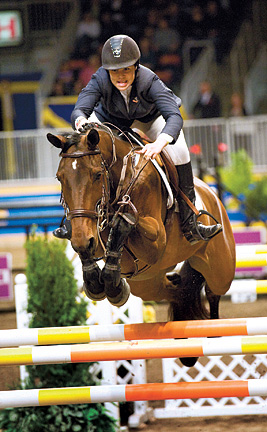 MDUNNPHOTO.com
Brianne Goutal '11 stunned the equestrian world in November by outpacing the world's best riders—including a former world champion and an Olympic gold medalist—to win the $100,000 Fédération Equestre Internationale (FEI) World Cup Grand Prix in Toronto. Riding a nine year-old mare, Goutal beat her nearest competitor by more than a second.
What do you think?
See what other readers are saying about this article and add your voice.