Down and Out at the Races 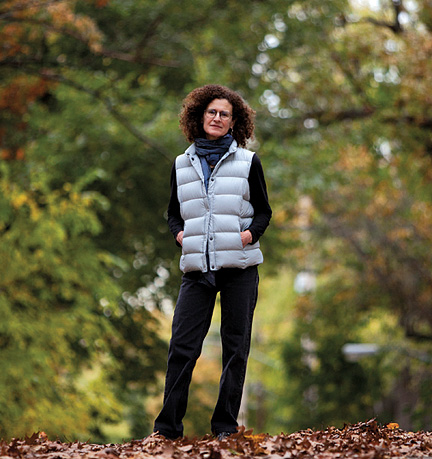 Brian Widdis
Jaimy Gordon won the National Book Award before the novel had been reviewed.

If your vision of horse racing is all red roses and mint juleps, Jaimy Gordon '72 AM will quickly disabuse you of it. Worlds apart from the glamour of Churchill Downs is Indian Mound Downs, the fictional West Virginia half-mile track where her novel Lord of Misrule is set. It's a gritty community of worn-out racehorses and the people who tend them, and Gordon depicts it so closely that you can almost feel the horses' breath. Just days after Lord of Misrule's publication November 15—before it had been reviewed—the novel won the National Book Award, triggering a slew of metaphors about dark horses.

The racehorses at Indian Mound, unlike their pampered kin at Pimlico and Belmont, are "the geezers of the trade," the pain of their arthritic and battered legs eased with bute. They're running in "claiming races," in which owners put a price tag on each horse before a race, and anyone willing to pay it can claim the horse. With their racing days numbered, many of these animals are headed for pasture if they're lucky, a meat processing plant if they're not.

Gordon worked at tracks like Indian Mound after earning her bachelor's degree from Antioch, and she brings this little-

known world to life with a series of first-person narrations. A rigorous stylist, she uses no quotation marks, relying on each character's distinctive dialect to identify the speaker. It takes close reading, but the payoff can be pure delight. Here's the elderly black groom, Medicine Ed, on the question of bandaging a horse's legs: "I tell you a secret, horseracing is not no science. Some of em tries to make it a science, with the drugs and the chemicals and that, but ma' fact it's more like a religion. It's a clouded thing. You can't see through it. It come down to a person's beliefs. One person believe this and the other person believe that. It's like the National Baptists bandage and the Southern Baptists use liniment, you see what I'm trying to say? Nobody exactly know." Medicine Ed doses the horses not only with bute but with his own magic powders, and he dreams of the day he can move out of his trailer and into a better one someplace warm.

He patiently endures the inquisitions of the young "frizzly hair girl," Maggie Kordoner, who has come to the track with her too-handsome boyfriend, trainer Tommy Hansel. Hansel's get-rich-quick scheme is to slip in with four winning horses, run them at long odds, and leave. Problem is, in a place this small, people are on to him before he gets started. He wins his first race but loses the horse to a claim. "The young fool," Medicine Ed calls him. Ed watches everything from between the shedrows, and, when danger appears, "The little hairs stand up and wave on the back of Medicine Ed's neck."

And there is danger. The sadist Joe Dale Bigg cruises the grounds of Indian Mound in his midnight-blue Cadillac, soundlessly lowering an electric window to crook a finger toward Maggie, who has caught his eye. He's like the devil in Flannery O'Connor's The Violent Bear It Away, both caricature and evil incarnate.

Gordon wrote much of Lord of Misrule at a Provincetown, Massachusetts, writers' colony, where her former Brown professor, the late novelist John Hawkes, was also working at the time. He gave her a crucial piece of advice: "Make the horses just as real as the people."

Gordon's horses are as hot-blooded and individual as any in Cormac McCarthy's novels. Each of Lord of Misrule's four sections is named after a horse and a race in which he runs. The neurotic Little Spinoza is infamous for his fits, but he calms down after he's gelded, and runs only for a female jockey who sings nonsense to him. Before the climactic last race, the horse Lord of Misrule makes an unforgettable entrance at the track: "Lord of Misrule threw back his head, snorted out dust and rolled his eye at the other cheap horses. His black tail arched and, ugly as Rumpelstiltskin, he let drop great soft nuggets, part gold, part straw, all the way down the ramp."

From the moment he steps out of the trailer, you know that this horse means trouble and that Gordon will deliver.

Reader Responses to Down and Out at the Races