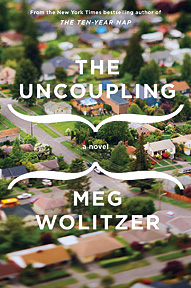 Uncoupling by Meg Wolitzer '81 (Penguin). Wolitzer's smart, incisive, and very funny novels about contemporary American culture have won her a devoted readership that should expand with this, her ninth, novel. A high school production of Lysistrata unleashes a cold wind that causes the town's women—from hot teenagers to staid matrons—to lose all interest in sex. Spurned, their husbands and boyfriends are in turn hurt, confused, and angry. With wit and acuity, Wolitzer probes the relationship between sex, power, and—yes, Aristophanes—war. 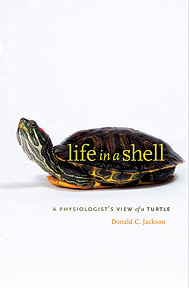 Life in a Shell: A Physiologist's View of a Turtle by Donald G. Jackson (Harvard). Not only did the tortoise outpace the hare in Aesop's fable, but the turtle has long outlasted its evolutionary peers. Turtles' plated ancestors appeared on the supercontinent Pangaea 200 million years ago, and have witnessed the extinction of the dinosaurs and the advent of mammals. Turtles have survived on land and water, mastering aerobic and anaerobic respiration while living in a shell. Professor Emeritus of Medical Science Donald Jackson has capped a career researching turtles with a fascinating account of their adaptability. 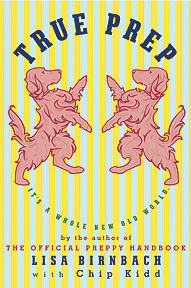 True Prep: It's a Whole New Old World by Lisa Birnbach '78 with Chip Kidd (Knopf). In 1980, Lisa Birnbach took bookstores by storm with The Official Preppy Handbook, which topped best-seller lists for a year and taught a generation how to mix G&Ts and patch their Blucher mocs with duct tape. Now Birnbach's back, teaching a new and more diverse generation of preps such modern necessities as cell-phone etiquette and where to dry out in good company.

Grand Illusion: The Third Reich, the Paris Exposition, and the Cultural Seduction of France by Karen Fiss '85 (University of Chicago).

Every Book is a Social Studies Book: How to Meet Standards with Picture Books, K-6 by Andrea S. Libresco '82 MAT (Libraries Unlimited of ABC-Clio).

The Case for Falling in Love: Why We Can't Master the Madness of Love—and Why That's the Best Part by Mari Ruti '88 (SourceBooks).

The End of the Holocaust by Alvin H. Rosenfeld '67 (Indiana University).

Changing Is Not Vanishing: A Collection of American Indian Poetry to 1930 edited by Robert Dale Parker '76 (University of Pennsylvania).

In Like a Lion, Out Like a Lamb by Marion Dane Bauer, illustrated by Emily Arnold McCully '61 (Holiday House).

Making the Rounds with Oscar: The Extraordinary Gift of an Ordinary Cat by David Dosa (Hyperion).