On Poetry and Civil Rights

April 26, 2011—Poet C.D. Wright wrote her newest book, One With Others (a little book of her days), in homage to a friend who called herself V, a white woman who joined African Americans marching from Memphis to a small town in Arkansas after Martin Luther King Jr.’s assassination in 1968. The March Against Fear, as it was called, ignited a tinderbox of rage. V was run out of town, and her husband dumped her, taking custody of her seven children. She settled in New York City, lived in a one-room apartment in Hell’s Kitchen, and died in 2004. 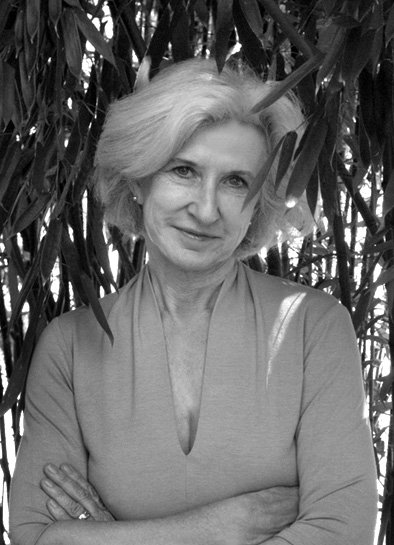 A finalist for the 2010 National Book Award in poetry One With Others won the 2011 National Book Critics Circle Award . The 189-page poem is a hybrid of verse, news clippings, oral histories, and Dear Abby columns. A native of the Ozarks herself and a professor of literary arts at Brown, Wright traveled repeatedly to eastern Arkansas to ask people about V and the 1969 march.

Watch a recent profile of Wright on the PBS NewsHour below.

BAM You’ve said you started this project as a memoir?
Wright I’d wanted for a long time to write about V, whom I had met when I was seventeen. When she died in 2004, in a way I wanted to create a memento for her kids, who were going through a very confusing time. And in a way it was just, you know, to honor my friend and our friendship and our whole little claque of acolytes that circled around her.

BAM How did you meet her?
Wright I have a batch of kind of literary, theater, music friends, and political friends from the University of Memphis—mostly Southerners and mostly on the radical side of the line. Most of us were fairly erratic students, but we were passionate about books. There were a couple of us from a town in eastern Arkansas who knew this woman, V, and I went home with them a couple of times and met her. It only took about fifteen minutes in her company before you knew you’d met a real original. Even if you were only seventeen, you knew people like this were not low-hanging fruit.

BAM What was she like?
Wright Of course I thought she was old—after all, she had seven children. She was a total iconoclast, she was passionate, she was hilarious. She was a life force. She was completely unconstrained by institutional life.

BAM What made you shift from writing a straight-out memoir to writing what is in many ways a civil rights documentary?
Wright I knew that for V the most important moment in her life was when she got involved in some civil rights actions that were very costly to her and to her family. This was in a town in eastern Arkansas, which just erupted like many towns did in 1969, the year following King’s death. It galvanized around one issue or another but it was basically about jobs, schools, basic human dignities, courtesy titles.

BAM What exactly happened?
Wright The town was all but on fire over these matters, and V was a catalyst in a way. She didn’t exactly mean to be, but she called me and I called somebody I knew in Memphis who was involved with a gang that had gone from being a kind of good gang to a more political gang. This was in the wake of the garbage strikes in Memphis, and King’s death. They called themselves the Invaders. It was supposed to make them fearsome—which it did! They came over and helped organize a boycott of white businesses and also involved African American citizens in the town, people who owned funeral homes and other businesses and were therefore less vulnerable. 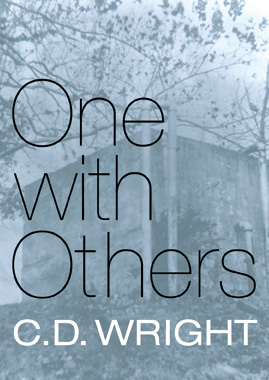 BAM You never name the town. Why?
Wright Every time I went back I felt that even though people were willing to share their stories, to show me their scars and their photographs, talk on the phone, and in all kinds of ways make themselves open to reopening a very tender point in their lives, I felt like it could happen all over again. It was really close to the surface. The town moved on, but people are still hurt and angry on both sides—on both the injuring side and the injured side.

BAM You don’t name most of the people either. Was that to protect them?
Wright I was also wanting to protect myself. I knew that my notes would not be perfect and that I’d be utilizing conventions of fiction to collapse incidents and conversation, and to maneuver things around so that it would work.

BAM Poet Mary Oliver has described herself as a reporter. You did a ton of reporting for this book. Can you talk about that a little?
Wright I did a ton of research, that is, kind of bona fide fieldwork and also reading the backstory of the town through its own chronicles and civil rights era histories. I never thought of myself as a real journalist, though. I’m not a trained sociologist or social scientist or scholar. I knew that I was going to use language in the way that I knew best and to draw on a mash of other disciplines to make it authentic. But I can’t claim that it is journalism. I really love investigative journalism. I would love to be an investigative journalist. But…

BAM What stands in your way?
Wright My imagination is my stronger suit. I couldn’t really trust myself as an investigative reporter. Plus I wouldn’t know how to get there from here. I’d also love to be a nuclear arms control expert.

BAM So why poetry?
Wright Poetry has its own truths to tell.  There are things that it can foreground that journalism can’t.

BAM Did you have any models in mind for One with Others?
Wright [James] Agee’s Let Us Now Praise Famous Men has long been a model for me.  He was free to indulge his own narcissism and his purple prose and everything else in creating that beautiful classic text—and in telling the story like nobody else could do. He wrote it on assignment for Fortune magazine. They didn’t know what do with it!

Reader Responses to On Poetry and Civil Rights