In 2010, the California legislature voted to name January 30th of each year the Fred Korematsu Day of Civil Liberties. The impetus behind the vote came from retired San Diego Superior Court judge Lillian Lim '73. Curious about Korematsu and Lim's advocacy of naming a day in his honor, the BAM asked Lim for an explanation. 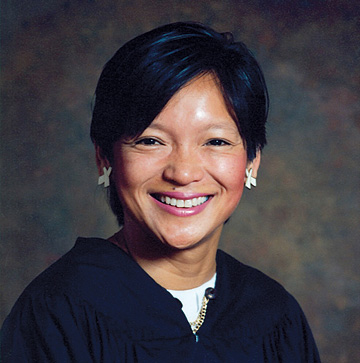 BAM We know that Fred Korematsu was an early civil rights activist who opposed the U.S. government's confinement of Japanese Americans during World War II. What else can you tell us about him?

LIM During World War II, the U.S. government perceived Japanese Americans living on the west coast of the country to be a threat to national security, so they placed them in internment camps. Korematsu was a first-generation Japanese American who refused to report to his assigned camp. As a result, Korematsu was arrested and imprisoned for several months. He appealed his case up to the Supreme Court, which in 1944 affirmed his conviction. But he was ultimately exonerated 39 years later by the district court in northern California.

BAM What kind of man was he?

LIM Korematsu was an ordinary person who conducted himself in an extraordinary way—both in his original act to defy relocation orders and in his persistence in fighting his conviction. A lot of people in his peer group didn't talk about the experience of internment, but he refused to be silent.

BAM Where did your inspiration to do this come from?

LIM Growing up, my father spoke specifically about living in Berkeley, California, and watching his Japanese American neighbors being forced to leave their home—how unfair that was. My parents were immigrants, too. It could easily have been our family in that situation, but for the fortuity of our being ethnically Filipino-Chinese. This episode happened before I was born, but my father felt it was important enough to talk about it with my brothers and me.

LIM Korematsu Day is a day when everyone, students especially, will have the opportunity to acknowledge and discuss the vulnerability of civil rights. It's not mandatory. It's just a moment to pause and say, "That's what happened, and we have to be careful not to let something like that happen again."

BAM How important was this campaign for you?

LIM It was primarily the experience of seeing the generations behind me lose this history that motivated me to organize this effort. That's why I consider my participation in establishing Korematsu Day the most significant thing I've ever done in my career.