Love tends to work in mysterious ways. But you don't have to tell Michael Wysession '84 that. Late last year, Wysession, a Washington University earth and planetary sciences professor, got engaged to Margaret Farnon '84 on the 29th anniversary of their first date. 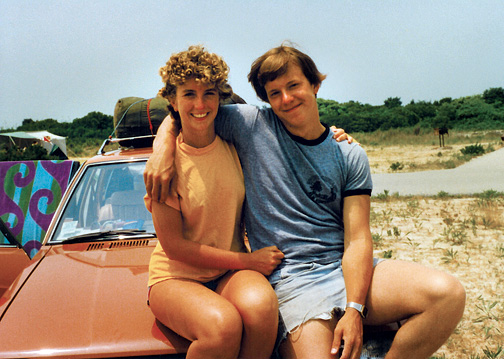 Courtesy Michael Wysession
The couple on a camping trip in 1981.
Wysession and Farnon met when both were freshmen living in New Pembroke. Their first date was not especially out of the ordinary—they went to a showing of Harold and Maude at the Avon—but what they felt for each other was.

"We became each other's first loves," Wysession says. But, after dating through their freshman and sophomore years, they decided to break up. They remained friends for a time, but in those pre-Facebook days, the couple lost touch after graduation.

Wysession spent the two years after Brown as a high school math and physics teacher on Staten Island, then moved to Chicago to earn a PhD in geophysics at Northwestern. In 1991 he became a professor at Washington University in St. Louis. Along the way, he married and fathered two children, who are now 15 and 11.

Farnon, meanwhile, became a veterinarian in Virginia and also married. Her marriage didn't last, however, and five years ago, Wysession's marriage ended as well. And that's when love's mysterious ways really got going. 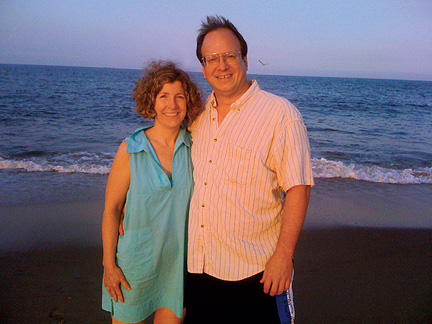 "When my marriage to my first wife ended," Wysession says, "I was thinking of what relationships in my life really worked, and my relationship with Margaret did. I decided to try and track Margaret down, and the Brown alumni office suggested an e-mail address for a pet clinic she occasionally worked at. I sent an e-mail, and she didn't usually check that account, so I thought 'Oh well.' But then she got back in touch with me, and it turned out that her marriage had ended as well. We knew instantly that it was going to work between us."

The couple maintained a long distance relationship at first, talking on the phone and sneaking in visits when their schedules allowed. "It was kind of like having gone away to war and returning many years later," Wysession says. "Everyone is older and wiser."

A few months ago, Farnon moved to St. Louis to be closer to Wysession. They plan to get married. "Everyone we know is so excited," Wysession says.

"Everyone who knew us from back when we were dating is really happy."

No date has been set yet, but Wysession promises it will be soon. In the meantime, he is enjoying romantic bliss. "I feel blessed to have gotten a second chance, " he says.