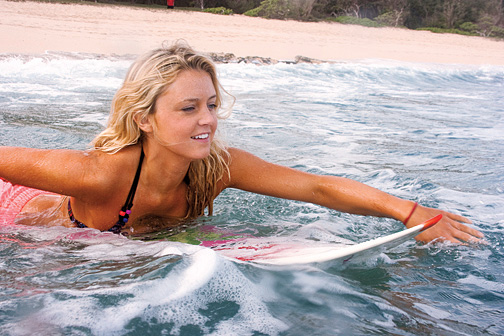 Lorraine Nicholson '12 made her breakout film debut April 7 in the box office hit Soul Surfer. Nicholson plays professional surfer Alana Blanchard, friend of Bethany Hamilton, the real-life teenage surfer who lost an arm to a shark attack six years ago in Kauai, Hawaii. The movie is based on Hamilton's refusal to give up her sport. Nicholson, who is a literary arts concentrator at Brown and daughter of star Jack Nicholson, spent her spring break promoting the film. On The Tonight Show, she told Jay Leno that she took up surfing about a month before shooting began. Still, the real Alana Blanchard played herself in the surfing scenes.
What do you think?
See what other readers are saying about this article and add your voice.