Muse of Memory and Pain 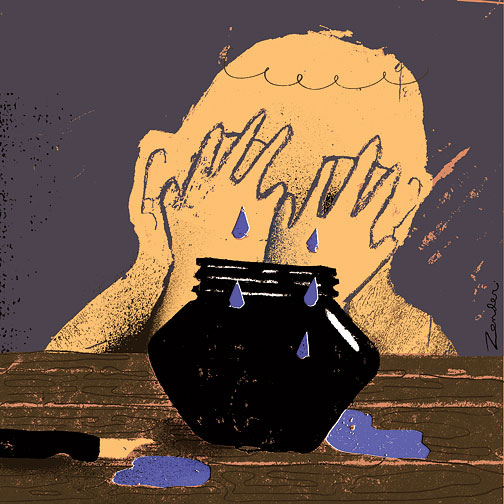 At Brown, I studied with two poets, Edwin Honig and James Schevill.They regularly excited me to the exquisite and infinite possibilities of literature. After graduating, I focused on becoming a poet and musician and was as taken aback as anyone when my professional peregrinations resulted in my becoming a psychologist. I took just one undergraduate psychology course at Brown.

But it should not be surprising that psychotherapy patients summon the language of poetry.The psychotherapist and the poet feel compelled to listen to their own inchoate murmurings and those of others with a sensitivity uncalled for in the everyday world. This is how they call forth their healing powers. They must be hospitable to what is most disturbing, most desperate, and most arresting about the human condition.

NEW YEAR'S EVE
Our son died back in August
On New Year’s Eve
We got call after call
From friends and family
Wishing us a good year
Wishing us a better year
Fuck ’em all, and their good wishes
Not one of them was my son

When I first began conceiving these poems, I believed I was playing a passive role, one akin to a ventriloquist’s dummy, channeling and articulating the patient’s truest, purest voice, the one that yearns to be spoken and heard. But over time the process began to seem more complicated, somewhat more mysterious and elusive, and not quite so easy to pin down.

Today, the voices of professors Honig and Schevill continue to reverberate in my mind and soul, and it is without question the direct result of their inspiration that, decades later, I still listen for the poetry that nests, sometimes surreptitiously, in the province of my patients’ tender, tumbling narratives.

SONG
I dreamt I awoke
To a beautiful song
That I could not sing
It went,
Where am I going?
How will I get there?

Brad Sachs lives and works in Columbia, Maryland. Reach him at www.drbradsachs.com

Reader Responses to Muse of Memory and Pain