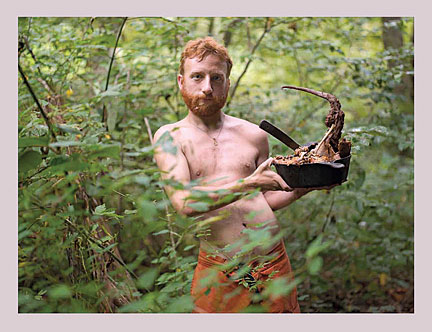 A Natural Order by Lucas Foglia ’05 (Nazraeli Press). A technically exacting and empathic photographer, Foglia grew up on a farm and wondered about people who chose a completely self-sufficient rural life, off the grid. After his Brown graduation, he traveled in the southern United States to photograph families who’ve done just that. If you can’t buy the book and are near Providence, you can see the resulting images, like the one above, at Brown’s Bell Gallery through Commencement

Wild Thing by Josh Bazell ’92 (Reagan Arthur/Little Brown). Take a sleazy pulp thriller, add David Foster Wallace–like footnotes and a hefty dose of lefty ecopolitics, and this fun romp might be the result. Bazell, a physician whose first foray into fiction was the best-selling Beat the Reaper, here continues the adventures of Pietro Brnwa, a former mob hit man turned MD, who teams up with a sexy paleontologist (and Sarah Palin) to find the monster terrorizing a Minnesota lake. 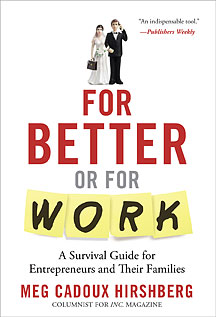 For Better or For Work: A Survival Guide for Entrepreneurs and Their Families by Meg Cadoux Hirshberg ’78 (Inc.). When Gary Hirshberg and his cofounder were building their fledgling organic yogurt company in the 1980s, no one—least of all his harried and anxious wife—could have imagined that Stonyfield Yogurt would grow into a $370 million business. This book grew out of an Inc. column Meg Hirshberg wrote about “the bad old days,” which tapped a wellspring of emotion among the magazine’s readers. Highly recommended for both entrepreneurs and the men and women trying to love them and their dreams.

The Year of the Gadfly by Jennifer Miller ’02 (Houghton Mifflin Harcourt).


Machu My Picchu: Searching for Sex, Sanity and a Soulmate in South America by Iris Bahr ’98 (skirt!)

A Queer and Pleasant Danger: The True Story of a Nice Jewish Boy Who Joins the Church of Scientology and Leaves Twelve Years Later to Become the Lovely Lady She Is Today by Kate Bornstein ’69 (Beacon Press).

Banzai Babe Ruth: Baseball, Espionage, and Assassination During the 1934 Tour of Japan by Robert K. Fitts ’89 AM, ’95 PhD (University of Nebraska Press).

Twilight of the Elites: America After Meritocracy by Christopher Hayes ’01 (Crown Publishing Group).

The Cornbread Mafia: A Homegrown Syndicate’s Code of Silence and the Biggest Marijuana Bust in American History by James Higdon ’00 MFA (Lyons Press).

Setting the Hook: A Diver’s Return to the Andrea Doria by Peter Hunt ’84 (CreateSpace).

On Celestial Music and Other Adventures in Listening by Rick Moody ’81(Back Bay Books).

Putting the Barn Before the House: Women and Family Farming in Early Twentieth-Century New York by Grey Osterud ’79 AM, ’84 PhD (Cornell University Press).

With God On Our Side: The Struggle for Workers’ Rights in a Catholic Hospital by Adam D. Reich ’03 (Cornell University Press).

When I Was a Child I Read Books, essays by Marilynne Robinson ’66 (Farrar, Straus and Giroux).


The Humanness of Heroes: Studies in the Conclusion of Virgil’s Aeneid by Michael C.J. Putnam (Amsterdam University Press).

The Good, The Bad, and The Economy: Does Human Nature Rule Out a Better World? by Louis Putterman (Langdon Street Press).