The world is awash in antibiotics. Once used for a limited number of diseases, they are now called upon to treat even the common cold. The resistance that bacteria have evolved against these medications has given rise to a host of superbugs and strains of infectious diseases that our antibiotics can’t treat. 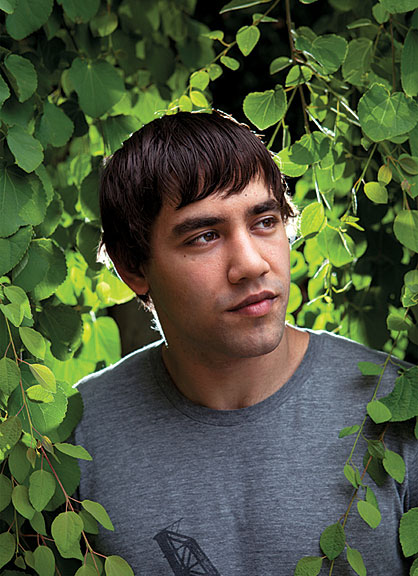 For all three of his summers at Brown, Daniel Greenwald researched solutions to this global threat. Growing up in Madison, Wisconsin, he was a Legos kid, building something, taking it apart, and then building something new. No wonder that, as a freshman at Brown, he took organic chemistry and loved it. “I’d found where I belonged,” he says. Constructing the solution of antibacterial resistance was like building something out of Legos: all you have to do is connect the pieces.

Working with a Jason Sello, a graduate student who soon became an assistant professor of chemistry, Greenwald built molecules in the lab, a challenge that can take weeks. Greenwald used a process called the Ugi reaction, in which a molecule’s elements are fused together all at once. Using this approach, he could create a new compound overnight.

In the end, with the support of Brown’s Royce Fellows Program, which provides research grants to undergraduates, Greenwald created more than fifty different compounds, each one a kind of Lego structure he then studied and tested. One of the first compounds Greenwald and his colleagues made was the most successful. Called BU-005, it’s a small molecule that attacks the thousands of efflux pumps found in a bacterium cell. When an antibiotic penetrates a bacterium cell, the efflux pumps, located in the cell membrane, pump it out, saving the bacterium’s life. BU-005 was three times more effective than similar compounds at shutting down the pumps. It’s still very early, but Greenwald hopes that in the long term BU-005 may be able to work against antibiotic-resistant strains of tuberculosis and Staphylococcus. He published the results of his research, in collaboration with Professor Sello and his graduate student colleagues, in the December 2011 issue of Bioorganic and Medicinal Chemistry. “By becoming a published research scientist, I lived out the dream I had as a little kid,” Greenwald says.

Greenwald next plans to work in Boston with a consulting company that helps drug companies set prices for its products. “The appeal is being able to apply the same methodology and academic rigor to the world of business,” he says. “I don’t feel like I’m leaving the science behind.”