On a small island in Venice called the Lido, twenty small boats lie in a field, most in a state of disrepair. They are not old—thirty years at most—but they represent, says Evelyn Ansel, “the end of a lineage that’s hundreds of years old.” Wooden boats like these, used for transportation, fishing, racing, or duck hunting, long plied the Venetian canals. They are not the gondolas ferrying tourists. These are an endangered cultural phenomenon. 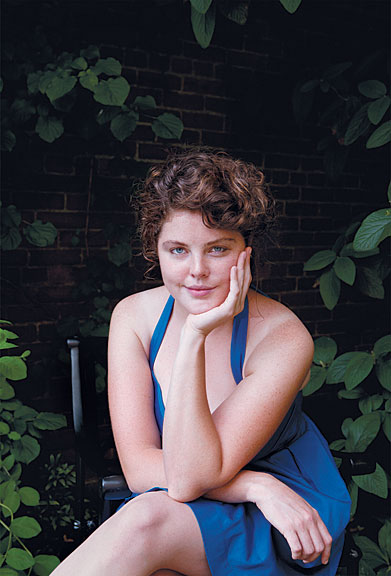 In summer 2011, Ansel traveled to Venice to catalogue and photograph what remains of these boats, which are part of a collection belonging to Arzanà, a local historical preservation society. Aided by a Royce Fellowship, which funds undergraduate research projects, Ansel took dozens of digital pictures of each boat. She then used newly developed software to stitch them together and create renderings similar to the drawings used by architects for homes and buildings.

This was an important step of historical preservation because Venetian craftsman never developed paper plans for the boats they built. Theirs was an oral tradition, passed down from generation to generation. With Ansel’s computer model, researchers can now calculate not just a boat’s dimensions, but also the angle of its curves, the volume of its hull, and countless other specifications historians need to fully understand or recreate the boats. Ansel gave her findings to the officials running Arzanà.

Ansel comes from a family of shipbuilders. Both her father and her grandfather restored and built boats at Connecticut’s Mystic Seaport Museum of America and the Sea. During the spring of her junior year, she built boats with her grandfather, who now lives in a cabin on the coast of Maine. He chooses to live there with no running water and uses a woodstove for heat. When Ansel visited him, she says, it was brutally cold. “I needed an electric tea kettle to heat water for my baths,” she notes. “I’ve never been so intensely aware of spring coming on.”

In return, her grandfather honed her boatbuilding skills and introduced her to an art conservator who ten years ago worked on preserving bell towers in Venice. He introduced Ansel to the software she would need to create detailed renderings of Venice’s historic ships.
Venetian boats had a number of unique design features. Their bottoms were flat to avoid running aground in the shallow water, and pilots row them with a single oar while standing, which produces the extra maneuverability needed to navigate Venice’s twisty, tight canals. “Venetians drive their boats the way we drive our cars,” Ansel says. It took her a while to get the hang of it, but once she did, she says, “I got to spend my summer on the water. It was fantastic.”

Ansel, who officially graduated in the winter, eventually expects to study museum studies and art conservation. In the meantime, she works beside her father at Mystic Seaport, where the staff is restoring the last remaining wooden whaling ship. “We swing axes around all day,” says Ansel. “I love it.”