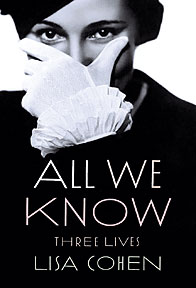 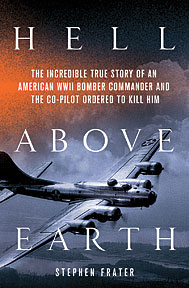 Hell Above Earth: The Incredible True Story of an American WWII Bomber Commander and the Copilot Ordered to Kill Him     by Stephen Frater ’78 (St. Martin’s). U.S. Captain Werner Goering was not only a first-rate pilot, he was also the nephew of the Luftwaffe’s Hermann Goering. In the event that Captain Goering’s plane was downed over Germany, his copilot had secret orders to kill him to prevent his capture or the appearance of desertion. 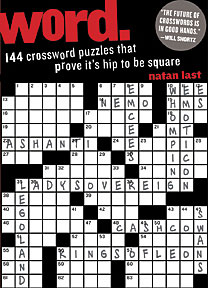 Word. 144 Crossword Puzzles That Prove It’s Hip to Be Square by Natan Last ’12, with contributions by Jonah Kagan ’13, Aimee Lucido ’13, Caleb Madison, Will Nediger, and Zoe Wheeler ’12  (Workman). The youngest person to have a puzzle run in the Sunday New York Times, Last and his fellow Times puzzlers created this collection full of up-to-the-minute pop culture references. 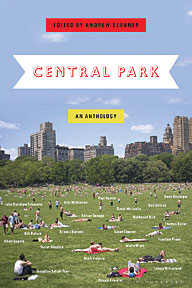 Central Park: An Anthology edited by Andrew Blauner ’86 (Bloomsbury). For New Yorkers and tourists, Central Park is a special place. In one essay, Susan Cheever ’65 describes it as “my little bit of country.” She prefers it to the real thing. David Michaelis navigates his release from a soured marriage while his sons catch and release carp. Paul Auster tells of sleeping in the park and eating out of trash cans. 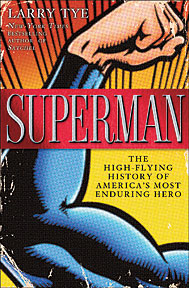 Superman: The High-Flying History of America’s Most Enduring Hero by Larry Tye ’76 (Random House). From Kal-El to Clark Kent and from George Reeves to Christopher Reeve, Tye traces Superman’s saga, his creators, and his transition from paper to screen and back again.

Athens in Black: A Story of Life in Nazi-Occupied Greece by Constantine E. Anagnostopoulos  ’49 (Anavasis Press).

The Birth of Conservative Judaism: Solomon Schechter’s Disciples and the Creation of an American Religious Movement by Michael R. Cohen ’08 (Columbia University Press).

Confessions of a Plagiarist and Other Tales from School by Kevin Kopelson ’88 AM, ’91 PhD (Counterpath Press).

Why the News from Hollywood Always Wears a Tan by Sean Mitchell ’70 (New Caronia Press).

The Man with the Bionic Brain by Jon Mukand ’95 PhD (Chicago Review).

Between the Lines: Finding the Truth in Medical Literature by Marya Zilberberg ’84  (EviMed Research Press).

The Ground by Rowan Ricardo Phillips ’98 AM, ’03 PhD (Farrar, Straus and Giroux).

When the State Speaks, What Should It Say?  How Democracies Can Protect Expression and Promote Equality by Corey Brettschneider (Princeton University Press).

Crossroads at Clarksdale: The Black Freedom Struggle in the Mississippi Delta After World War II by Francoise N. Hamlin (The University of North Carolina).