Would You Blow the Whistle?

Have you ever been asked to be a “team player”? The  phrase, having made the leap from the sporting world to the corporate one, has become a fundamental tenet of our work lives. After all, the success of the institutions we serve depends on each of us knowing his or her role. Communities require conformity. 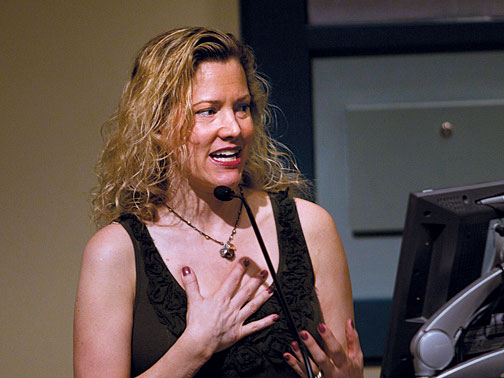 Contrast this to America’s image of itself as the refuge of individualists. Our cultural icons include Thoreau, who marches to the beat of a different drummer, and Dirty Harry, who gets things done by not going along. In this election year, as in most, candidates will spend millions portraying themselves as outsiders, trustworthy precisely because they refuse to play on Washington’s cozy team.

The conflict between these cultural strains is at the heart of two new and important books about people who turned their backs on their teams. In Traitor: The Whistleblower and the “American Taliban” attorney Jesselyn Radack ’92 describes the Kafkaesque turn her life took when she blew the whistle at the U.S. Department of Justice soon after 9/11 (described in the 2004 BAM cover story “The Woman Who Knew Too Much”).

On December 7, 2001, Radack, a Brown Phi Beta Kappa triple concentrator, Yale Law School graduate, and career Justice Department lawyer working in the ethics office, fielded a call from a terrorism prosecutor who said that a U.S. citizen, John Walker Lindh, had been captured among the Taliban in Afghanistan. The prosecutor explained that the young man’s parents had hired a lawyer for him in California and wanted to know whether or not the FBI could still legally question Lindh. After consulting with her boss, Radack e-mailed the prosecutor saying that the interrogation would be a “pre-indictment, custodial overt interview” not “authorized by law” under those circumstances.

It’s an e-mail that still hangs over Radack’s life eleven years later. As she describes in her book, Lindh’s interrogation went ahead anyway, and she grew increasingly uneasy as prosecutors used information from it to charge him with crimes punishable by death. When the Justice Department continually insisted that Lindh’s rights had been scrupulously protected, Radack anonymously leaked her e-mails to Newsweek’s Michael Issikoff. 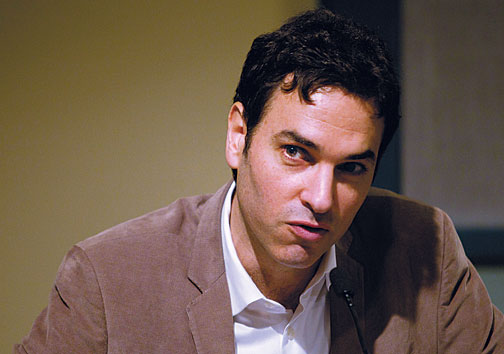 The Justice Department forced Radack to resign and opened a criminal investigation against her, thereby ensuring that no law firm would risk hiring her. The Department also suggested to the Maryland and D.C. bars that they investigate her for possible professional misconduct and, for good measure, Radack says, put her on the No-Fly List. Fortunately for Radack, she found allies in the legal community. Today she is director of National Security and Human Rights at the Government Accountability Project, where she defends whistleblowers faced with prosecution. As for Lindh, the case against him fell apart, in part over the admissibility of his confession. The government worked out a plea deal that sent him to jail with a twenty-year sentence.

The framework of Traitor is a detailed narrative of Radack’s personal story. Woven throughout is the author’s analysis of what she sees as the federal government’s increasing abuse of citizens’ civil rights as a result of the War on Terror and, especially, its aggressive pursuit of government whistleblowers. This pursuit, she notes, is bipartisan. Despite campaign statements suggesting that his administration would be more open than most, Barack Obama has prosecuted more whistleblowers than any U.S. president before him.

As journalist Eyal Press ’92 makes clear in Beautiful Souls: Saying No, Breaking Ranks, and Heeding the Voice of Conscience in Dark Times, this conflict between conforming and doing the right thing is universal. He examines four individuals who dissent in the face of enormous pressure to stick with the team. One is a Swiss police superintendent who in 1938 saved the lives of hundreds and perhaps thousands of Jews by disregarding an order sent to all superintendents along the Swiss-German border to stop admitting Jews fleeing the Third Reich. Another is a Serb who, when asked to pick out the Serbs from the men rounded up in his town, also saved doomed Croatian men by addressing them with Serbian names and setting them free. Press also tells the stories of a member of an elite Israeli unit who refuses to serve in the occupied territories and a financial worker for Houston-based Stanford Group Company who blew the whistle on what turned out to be the second-largest Ponzi scheme in U.S. history.

Press traveled to three continents to visit these four people or, in the case of the Swiss superintendent, their descendants, and to interview the men and women whose lives two of them saved. With the possible exception of the Israeli soldier, what he finds are ordinary people whom no one would have singled out as likely to perform heroic acts. Press describes the Serb, for example, as a lazy man who spends an inordinate amount of time watching sports on television. The Stanford employee is an immigrant from El Salvador who worked hard to achieve the American dream of a solid job in a reputable company, a woman who in many ways was the perfect ambitious team player.

“For individuals caught up in the middle of an ethnic conflict or civil war,” Press writes, “becoming an outlier requires seeing past the interests of the community, or the group. For a broker at Stanford, it required seeing past one’s own interests.”

Press points out that outliers are seldom hailed as heroes, but rather are viewed with suspicion. The Swiss police superintendent, for example, was fired for falsifying the papers of Jews to allow them to enter Switzerland, and for the next forty-five years the Swiss government refused to acknowledge his valor. Similarly, both Serbs and Croatians mistrust the Serb who saved the lives of so many of his city’s Croatians.

So what motivates these people to act? Press never finds a satisfactory answer, but he does conclude that a simple, unremarkable decency and clarity are more likely characteristics than an overtly courageous character or a noble ideology.

“It doesn’t take special hardwiring or saintly virtue to feel sympathy for the people we might be harming by falling silent or going along,” he writes. “It’s easy to judge soldiers at Abu Ghraib or bystanders during World War II who failed to find their courage when unconscionable things were happening before their eyes. It’s a lot harder to acknowledge or even realize how often we avoid making uncomfortable choices in the course of our daily lives by attributing the small injustices that momentarily grate at our consciences to the system, or the circumstances, or our superiors. Or how rarely we bother to ask what role our own passivity and acquiescence may play in enabling unconscionable things to be done in our name.”

In May, the annual BAM Commencement Forum featured an hour-long discussion with Radack and Press.

Reader Responses to Would You Blow the Whistle?