This year marked the fiftieth anniversary of the Cuban Missile Crisis, an exercise in brinksmanship among President John F. Kennedy, Soviet Premier Nikita Khrushchev, and Cuban President Fidel Castro that was the closest the world has ever come to nuclear war. The crisis has long been a focus of study for former Watson Institute professors James Blight and janet Lang, now of Canada’s Balsillie School of International Affairs. (She spells her name with a lower-case j.) 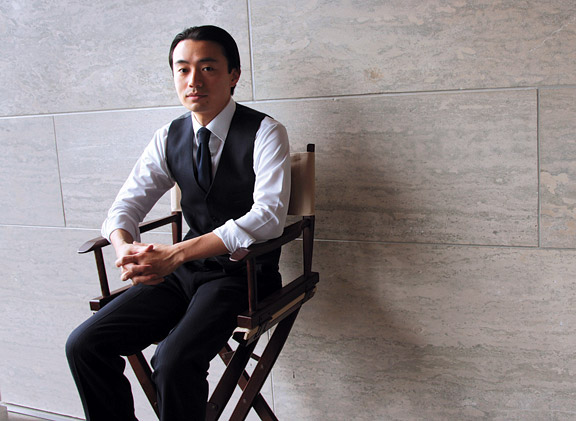 I. Tsoi
Koji Masutani '05 uses web-based graphic novels to show teens how close we came to nuclear war in 1962.

If knowing history is the best insurance against repeating the mistakes of the past, what’s to be done when fewer and fewer young people are reading history books? Blight and Lang have followed these lost readers online, where information comes in the form of websites, blogs, short video clips, and graphic novels. With the help of Koji Masutani ’05, with whom they’d earlier worked on their Virtual JFK film, they undertook a “transmedia” telling of the Cuban Missile Crisis story.

The idea, Masutani says, is to reach “teenagers on skateboards and wearing big headphones.” Anchoring the project is a conventional book by Blight and Lang, called The Armageddon Letters, which details the correspondence among the three world leaders during the period.

Masutani says that “the scholarship is really the anchor” for the multiplatform website armageddonletters.com, which enlivens a routine work of academic scholarship with a large dose of imagination. Masutani, the website’s producer and creator, offers visitors “multiple points of contact” with a layered narrative of the October 1962 events.

The Castro, Kennedy, and Khrushchev missives in The Armageddon Letters, for example, are the basis of the blogs the three leaders “wrote” during the crisis for the Armageddon Letters website, which is designed to engage digitally native students with a language and format that feels more familiar than old-fashioned letters. Similarly, visitors can flip through graphic novels condensing the events of the crisis, or view short animated films asking them to imagine the context each leader faced as he moved his country closer and closer to possible nuclear destruction.

Masutani figures that twenty to thirty animators, programmers, writers, and other creative types have worked on the website. (One of the consulting producers is former art semiotics concentrator Ben Collier ’02, who heads strategic marketing initiatives at American Express.)

“Our hope,” Masutani says, “is to engage the general public, and not just academics. We think young people really do care about grappling with the general problems of society. We’re trying to bridge that gap.”