Never Look a Polar Bear in the Eye: A Family Field Trip to the Arctic’s Edge in Search of Adventure, Truth, and Mini-Marshmallows by Zac Unger ’96 (Da Capo). San Francisco tree-hugger and firefighter Unger drags his wife and kids to Churchill, Manitoba, to see whether it’s true that global warming is drowning polar bears and causing them to cannibalize one another. A self-mocking and witty observer, Unger learns as much about scientific politics as he does about bears. 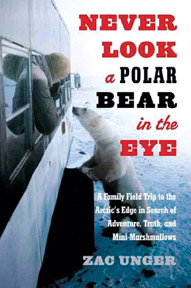 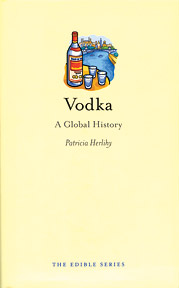 Vodka: A Global History by Patricia Herlihy (Reaktion Books). A professor of history emerita, Herlihy is the author of the scholarly history The Alcoholic Empire: Vodka and Politics in Late Imperial Russia, so it’s not surprising that this little book for a general reader is packed with insights into vodka’s poetic, economic, and destructive forces. Herlihy explains how, since its discovery in the fourteenth century, this flavorless spirit has been distilled, flavored, traded, and marketed internationally. She even gives a handful of recipes, including one for Jell-O shots.

Fra Keeler by Azareen Van der Vliet Oloomi ’09 MFA (Dorothy, a Publishing Project). A man buys a house, sight unseen, and moves in, obsessed with the death of its former owner, Fra Keeler. At times this chilling but comic novel feels like a magically detailed dream. At others, it’s a nightmare. As influences, the author lists her Brown writing professors Brian Evenson and Robert Coover, as well as a long list of books and movies, including Hitchcock’s Vertigo, which this book resembles in its eerie, taut, and compulsive psychological pace.

No Turning Back by Lidia Falcon, translated by Jessica Knauss ’04 AM, ’08 PhD (Loose Leaves Publishing).

Gold and Silver in the Mojave: Images of a Last Frontier by Nicholas Clapp ’57 (Sunbelt Publications).

Sensing the Past: Hollywood Stars and Historical Visions by Jim Cullen ’88 AM, ’92 PhD (Oxford University Press).

A Misplaced Massacre: Struggling over the Memory of Sand Creek by Ari Kelman ’93 AM, ’98 PhD  (Harvard University Press).

For the Survival of Liberty: Great Presidential Decisions by Elton B. Klibanoff ’64 (Dog Ear Publishing).

Every Word You Write … Vichy Will Be Watching You: Surveillance of Public Opinion in the Gard Department 1940–1944: The Postal Control System During Vichy France by Robert W. Parson ’59 (Wheatmark, Inc.).

Save Our Science: How to Inspire a New Generation of Scientists by Ainissa Ramirez ’90 (TED Conferences).

The Memoir of Lieutenant Dumont, 1715–1747: A Sojourner in the French Atlantic by Jean-François-Benjamin Dumont de Montigny; translated by Gordon M. Sayre ’88 and edited by Carla Zecher (University of North Carolina Press).

How Literature Saved My Life by David Shields ’78 (Knopf).

Making it in the Minors: A Team Owner’s Lessons in the Business of Baseball by Arthur P. Solomon ’61 with Allyn I. Freeman ’61 (McFarland).

History and Other Poems by Brenda Marie Osbey (Time Being Books).