After a couple of mild and nearly snowless New England winters, the fiercest snowstorm in many years hit campus on Friday, February 8, and Saturday, February 9, right after the thirty-fifth anniversary of the end of the Blizzard of 1978 on February 7. More than two feet of snow fell on the campus, and the University shut down for a day. 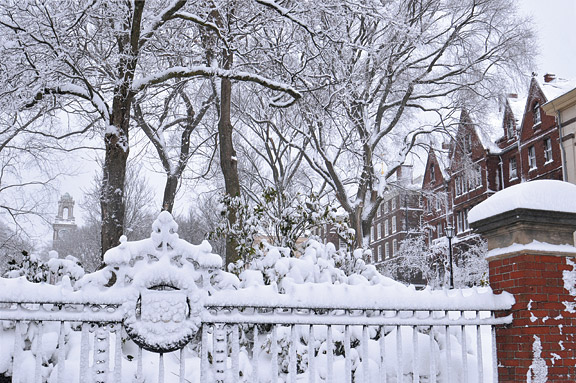