Three decades ago, Mark Friedberg ’85 was standing before a canvas in List Art Center when he had an epiphany. The self-described “American history major who really liked to make art” figured out that instead of “figuring out what I was going to do, I needed to just do, and see where that took me.” 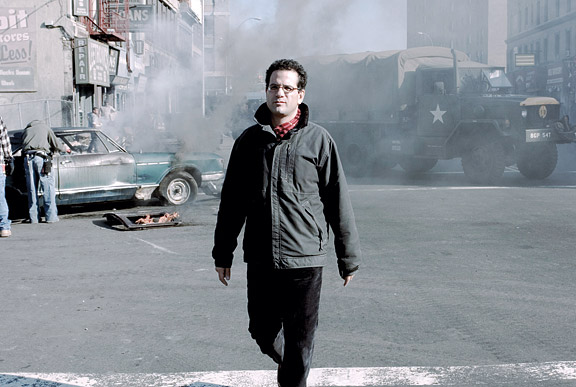 Courtesy Mark Friedberg
Friedberg amid the wreckage in Across the Universe.

Today you can see Friedberg everywhere. A production designer, he is responsible for giving movies a look that fits their subject matter. Among his creations are Synecdoche New York, Pollock, The Darjeeling Limited, Far from Heaven, Coffee and Cigarettes, and The Ice Storm, to name just a few.

Set on being an artist after Brown, Friedberg landed a job handling art at New York City’s Pace Gallery. “I’d be sitting next to Picassos, eating a cheeseburger, and someone comes in and buys it for millions of dollars,” he says. “But it was very business-y, and I had a very romanticized idea of what it was to be an artist.” So he joined a friend, Jack Mason ’85, who was driving to San Francisco to work on a screenplay with Randall Poster ’84.

In San Francisco, Friedberg scraped by, making art, reading Beat poetry, hanging out at City Lights Bookstore, and “really identifying with that generation, feeling certainly lost and curious and open and a little worried.” He bought a red pickup truck and started driving back and forth between San Francisco and New York City. That act, driving, would become key to his creative process. Set design “is designing space and finding places,” he says. “I don’t always know. Sometimes I get in the car, get a little lost, and see what happens.” 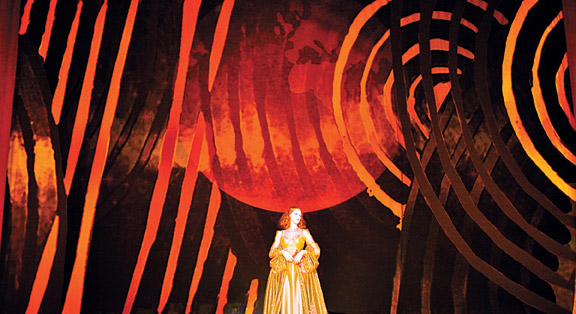 Friedberg got his first taste of movie work when a chance lunch led to a job on Woody Allen’s Another Woman. Watching the production designer, Friedberg thought, “Wow…. That guy has it figured out. He can come and go and make the world.” Friedberg got to try the job himself when Mason and Poster returned to College Hill to shoot A Matter of Degrees, whose script was loosely based on their time at Brown. They asked Friedberg to be production designer. “It was all part of this moment that started in the basement of List,” he says, “I started to follow my nose and let the process be the hand and not try to figure out too much.”

Friedberg then began designing small independent and student films, and got his first credit for In the Soup, which won the 1992 Grand Jury Prize at Sundance. Then he got a call from director Ang Lee, who was adapting the novel The Ice Storm by Rick Moody ’83. “It was about a world I understood,” Friedberg says. “I really drew from my life…. I got the furniture for Sigourney Weaver’s bedroom from my parents’ bedroom.”

Lee hired Friedberg again for the epic Ride with the Devil. “My American history knowledge was paying off in spades,” Friedberg says. “To do a Civil War film when you’re obsessed with the Civil War—oh, my God!” Believing he needed to break into Hollywood to make it as a designer, Friedberg was devastated when Lee passed him over for The Hulk. But director and screenwriter Todd Haynes ’85 offered him a job as production designer on his 2002 movie Far from Heaven, which was set in a 1950s Connecticut suburb and which eventually was nominated for four Academy Awards.

“It was a turning point,” Friedberg says, “I wanted to try as hard as I could to work on movies I wanted to see, not just movies that came along or had a big budget.”

Since then, Friedberg has created some of the most visually striking sets of recent film history, among them the fantastical world of Julie Taymor’s The Tempest, the train for Wes Anderson’s The Darjeeling Limited, and the boat for Anderson’s The Life Aquatic with Steve Zissou. Friedberg has just finished building Noah’s ark for Darren Aronofsky’s highly anticipated Noah, which stars Russell Crowe and Emma Watson ’13 and which is scheduled for a 2014 release.

Next up is the first Spiderman movie to be shot exclusively in New York City. “I sold out!” he half-jokes. “But New York is in my blood. That’s my justification for today.”